Police said they received video evidence Thursday of an assault with a BB gun on a victim that had occurred on Coffey Way.

Police said all of the people in the video have been identified and the investigation is ongoing.

Pittsburgh police say the man was found unconscious in a Downtown alley and later died at the hospital.

At least 1 person was flown to a hospital and a man is in custody after a shooting at a Beaver County shopping plaza, investigators say.

A suspect was taken into custody on Wagner Road near the Lowe’s at around 7:36 p.m. on Sunday night.

Police said both men were in their 20s and believe they knew each other.

“The individual who we believe was involved in the shooting and who committed the offense ran in a direction through our officers, Beaver County Sheriff’s Department, Monaca officers, as well as a slew of other additional responding officers. we were able to set up a perimeter. The officers were able to chase the individual and apprehend him in custody in an adjacent neighborhood,” said Center Township Police Capt. John Hall.

Penn State Beaver lifted its advisory at around 7:52 p.m.

Source: 1 person injured in shooting outside of Beaver County Walmart

Pittsburgh Police were called to the the 900 block of Millerdale Street following reports of multiple shots fired just before 11:45 p.m.

Officers located a male with gunshot wounds inside a vehicle. He was pronounced deceased by medics on scene.

No arrests so far as of Monday morning.

Source: Man found shot to death inside vehicle in Pittsburgh

CHICAGO (CBS) — Fourteen people – including three children – were shot during a mass shooting Monday night on the city’s West Side.

The shooting occurred around 9:30 p.m. at California Avenue and Polk Street in Lawndale, police Supt. David Brown said. Fourteen people were shot, and were in various conditions ranging from non-life-threatening to critical.

A 32-year-old woman took herself to Mt. Sinai Hospital with a gunshot wound to her leg. She is in good condition.

Brown said the incident was a drive-by shooting that began and ended in about three seconds. A gunman apparently fired randomly into a crowd, Brown said.

Pittsburgh Police from Zone 5 received a ShotSpotter alert for five rounds fired in the1200 block of Mohler Street just before 8:50 p.m.

A 14-year-old boy is in stable condition at a local hospital after he was shot in the ankle, Pittsburgh police said.

The exact location of the incident is not known at this time, as evidence of a crime scene was not immediatley located.

Source: Pittsburgh police: 14-year-old boy in stable condition after being shot in ankle

A woman was taken to the hospital in critical but stable condition after being found shot in Pittsburgh’s Homewood South neighborhood.

The shooting happened a little after 4:15 p.m. in the area of Brushton Avenue and Frankstown Avenue.

Source: Woman in the hospital after being found shot in Pittsburgh

It was back on Sept. 9 that Dante Jones, 34, was shot and killed outside the Exxon Station on Allegheny River Boulevard.

An arrest warrant has been obtained for Wade, charging him with criminal homicide.

Wade is described as a black male, approximately 5 feet 7 inches tall, weighing 215 pounds. Wade has ties to the Penn Hills area and the North Side neighborhood of Pittsburgh. Anyone who sees Wade should call 9-1-1 immediately.

A 41-year-old man died after being shot in Pittsburgh’s Crafton Heights neighborhood.

The shooting happened around 4:30 a.m. Saturday on the 1300 block of Lakewood Street.

The Allegheny County Medical Examiner said the victim, Carrington Keys, of Pittsburgh, passed away at the hospital early the next morning.

As of Wednesday morning, no arrests had been announced in the shooting.

Source: 41-year-old man dies after being shot in Pittsburgh

The man who was shot was found lying down on Maddock Place and was rushed to the hospital with a gunshot wound to the abdomen.

Source: Man in critical condition after shooting in Downtown Pittsburgh

One person shot in Pittsburgh’s Knoxville neighborhood this morning

Police found a male shot in the area and had EMS transport him to a local hospital.

His condition is unknown at this time. Police and detectives are currently wrapping up the scene.

According to police, a 13-year-old was shot in Swissvale Friday afternoon. Allegheny County Police say the unidentified male is in critical condition. It happened around 2:40 p.m. on the 7500 block of Short Street.

A man died after being shot multiple times in Pittsburgh’s St. Clair neighborhood.

The shooting happened around 8:15 p.m. Tuesday on the 500 block of Kohne Street.

State police said they found the man in the road with multiple gunshot wounds and pronounced him dead at the scene.

The victim has not been publicly identified.

Source: Man dies after being shot multiple times in Pittsburgh

A man was in surgery at a Pittsburgh hospital Friday morning after being shot overnight in Arnold, police Chief Eric Doutt said. The shooting happened around 2:30 a.m. in the 1800 block of Leishman Avenue. Doutt said the man, 43, was shot more than once.

MUNHALL, Pa. — A man was hospitalized after he was shot in Munhall overnight.

According to Allegheny County police, 911 was notified of a possible shooting in the 4000 block of Center Avenue around 2:17 a.m.

Responding units found a man with a gunshot wound to the leg.

The victim was taken to an area hospital and is expected to survive, police said.

Police are responding to a shooting in Pittsburgh’s Hill District.

According to a tweet from Pittsburgh police, officers and EMS crews were called to the 2000 block of Centre Avenue for a shooting victim.

Police say a man was found shot in the chest inside a garage.

The man was taken to the hospital in critical condition.

Police are looking for two men in connection with the shooting. A description of those two men was not released.

This is a developing story. Stay with Pittsburgh’s Action News 4 for updates. Download the WTAE mobile app to stay connected with breaking news.

Police from Turtle Creek and Pitcairn, as well as Allegheny County police, were on the scene for hours into early Wednesday morning.

Allegheny County police say first responders found an adult male suffering from a gunshot wound to the chest. The victim was taken to an area hospital. Homicide detectives initiated an investigation.

The incident happened around 11:30 p.m. Tuesday along the 1200 block of Airbrake Avenue.

Anyone with information concerning this incident is asked to call the County Police tip line at 1-833-ALL-TIPS. Callers can remain anonymous.

A woman was shot in the arm while sitting on her porch in McKeesport Sunday night, according to Allegheny County police.

Police responded to a ShotSpotter alert around 5:29 p.m. in the 1100 block of Craig Street in McKeesport.

Responding units found a 68-year-old woman with a gunshot wound in the arm.

Police also found two homes and three vehicles that had been struck by gunfire. Investigators recovered over 30 spent rifle and pistol casings.

Anyone with information concerning this incident is asked to call the County Police Tip Line 1-833-ALL-TIPS. Callers can remain anonymous.

Source: Police: Woman shot while sitting on her porch in McKeesport | Pittsburgh Post-Gazette

DUQUESNE, Pa. — A young woman is dead after a shooting in the city of Duquesne, police say.

Allegheny County dispatchers confirm that police and medics were sent to the 700 block of Priscilla Avenue at around 5:13 p.m.

Police said the victim was a passenger inside of a burgundy Chevy Cruze when the shooting happened.

PITTSBURGH — A man is dead after a shooting in Pittsburgh’s East Hills neighborhood Thursday night.

When officers responded, they found a man who had been shot inside an apartment. He was pronounced dead at the scene.

State police have released new information about an overnight shooting in East Pittsburgh.

The victim told police four people surrounded his car on Western Avenue around 11 p.m. Wednesday night and opened fire on him.

He then drove to a Sunoco on Lincoln Highway and sought help from the gas station’s employees.

The victim, who was not identified, suffered a gunshot wound to the arm and is expected to be OK.

So far, no arrests have been announced.

Source: Man drives to East Pittsburgh Sunoco for help after being shot

BREAKING: A male is in serious condition after he was shot in Pittsburgh’s Homewood West neighborhood.

Source: Male in serious condition after being shot in Pittsburgh’s Homewood West neighborhood

At least one person has been taken to a hospital after a shooting in a Pittsburgh neighborhood.

Allegheny County dispatchers confirmed that police and medics were called to Brabec Street in Troy Hill at approximately 9:10 p.m. Sunday.

Police said they found a man suffering a gunshot wound to the chest and lower extremities when they arrived.

The man was taken to the hospital in stable condition.

Source: At least 1 person hospitalized after shooting in a Pittsburgh neighborhood

An Oklahoma County deputy died and another was injured after a suspect opened fire Monday afternoon in an Oklahoma City neighborhood.

Authorities said the suspect and officers exchanged gunfire during the pursuit, which ended at Tinker Air Force Base’s main gate. The suspect surrendered outside the gate and was taken into custody.

PITTSBURGH (KDKA) – Kittanning police were dispatched to the area of 1200 North Grant Avenue late Friday night for reports of a man actively firing a handgun at bystanders.

Officers arrived on the scene and confirmed that no one had been hurt, per a statement posted to the department’s Facebook page. Bystanders at the scene said that the suspect had fled back into his home following the incident.

Officers entered the residence where they were able to apprehend Joseph Mohnack. Officers also located a 9mm semi-automatic handgun used in the act, the statement added.

Officers learned that Mohnack is a person not to possess firearms.

Mohnack has been charged with several offenses and was transported to the Armstrong County Jail.

Police are investigating a deadly shooting in Pittsburgh’s Lincoln-Lemington-Belmar neighborhood.

The incident happened in the 7100 block of Everton Street around 6:20 Sunday evening. Police found a man in the stairwell of an apartment building. The man was pronounced dead at the scene. The victim’s name has not been released.

Police detained two individuals at the scene for questioning. 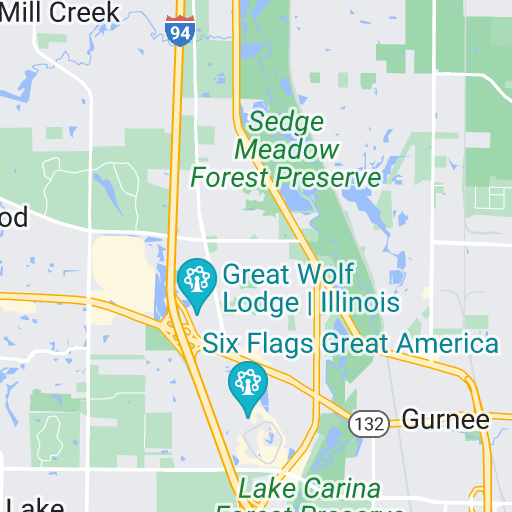 (CNN)Three people were injured in a shooting in the parking lot of the Six Flags Great America amusement park in Gurnee, Illinois, Sunday night, the park confirmed.

The shots were fired from a single vehicle, which then drove away “immediately” after the shooting, the park’s communication specialist Rachel Kendziora said.
Emergency personnel responded immediately and two people were transported to the hospital. A third injured person declined treatment, Kendziora said.
“Park security personnel and officers from the on-site Gurnee Police Department Substation responded immediately,” according to Kendziora. Both Gurnee police and the Lake County Sheriff’s Office were handling the scene Sunday night, she said.

PITTSBURGH — A man is in stable condition after a shooting in Pittsburgh’s Morningside neighborhood Sunday night.

Officers responded to the 5500 block of Jackson Street just before 9:45 p.m. for reports of a man shot in the thigh and ankle.

The victim told police that a car pulled up on the street, and another man got out and shot him, according to public safety officials.

Police said the victim was otherwise uncooperative and didn’t provide his name or address.

He was taken to a hospital in stable condition.

Source: Man in stable condition after being shot in Pittsburgh’s Morningside – WPXI

Pittsburgh police are investigating a deadly shooting on the city’s North Shore.

Officers responded to the area near Anderson Street and E. General Robinson Street for reports of a shooting around 1:30 a.m. Monday. There, they found a man who had been shot twice.

He was taken to the hospital where he died. The man’s name has not been released.