Somerset firefighters and others work to free a man from a box truck that overturned along the westbound exit ramp of the Pennsylvania Turnpike in Somerset Thursday afternoon. According to scanner reports, the truck, which was loaded with wood products, traveled over a guardrail and overturned, trapping the man inside for about 20 minutes. He was eventually extricated from the truck and flown to Conemaugh Memorial Medical Center in Johnstown

Multiple people are dead and multiple others are in the hospital after a crash on the Pennsylvania Turnpike early Sunday morning, officials have confirmed.

The Pennsylvania Turnpike is closed in both directions between the New Stanton exit and the Breezewood exit while police investigate.

PA Turnpike closed in BOTH directions between the New Stanton Exit #75 and the Breezewood Exit #161 due to a multi-vehicle accident between New Stanton and Donegal impacting both directions. @TotalTrafficPIT @KDKA @TrafficWatch4 @TotalTrafficMDT 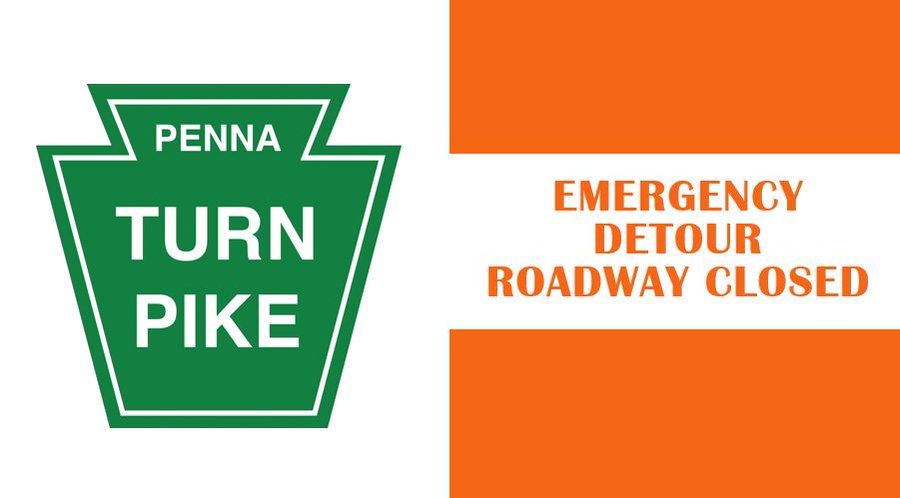 If you are taking the Turnpike headed east, crews are detouring you off at the New Stanton exit. pic.twitter.com/pc2OQjtgV4

PennDOT and the Pennsylvania Turnpike will monitor drivers’ speed in construction zones and send tickets by mail to reduce accidents.

Beginning Jan. 4, the Pennsylvania Department of Transportation and Pennsylvania Turnpike will begin a 60-day pilot program to formally test what’s called the Automated Work Zone Speed Enforcement program. The program is designed to cause drivers to slow down in construction areas by setting up speed monitoring equipment in work areas.

After the pilot program is finished, the two state agencies expect to deploy private contractors in white Jeep Cherokee SUVs at various sites throughout the state to monitor speed beginning March 4. If the monitors detect someone going more than 11 miles an hour over the speed limit, the motorist will receive a notice by mail with a warning for the first violation, followed by a $75 fine for a second offense and $150 for each future ticket.

A section of the Pennsylvania Turnpike will be closed early Sunday morning, the turnpike commission said.

The eastbound turnpike will be closed between Exit 48 (Allegheny Valley) and Exit 57 (Pittsburgh) from 11:59 p.m. Saturday until 5 a.m. Sunday, weather permitting.

During the closure, workers will install beams for a new bridge to replace the Saltsburg Road Bridge that carries traffic over the turnpike in Plum.

One closure will take place this weekend, and the others will be over the next few weekends.

The Pennsylvania Turnpike (Interstate 76) between the interchanges of Exit 75 (New Stanton) and Exit 161 (Breezewood) will be closed in both directions from 11 p.m. Saturday until 6 a.m. Sunday, weather permitting.

The seven-hour closure is in place so crews can safely remove the temporary bridge that carried traffic on North Center Avenue over the Turnpike at milepost 110 in Somerset County, according to the news release. The new bridge opened to traffic with restrictions on July 19.

A tractor-trailer hit a man along the Pennsylvania Turnpike Monday morning. Condition of the injured man was not known.

Pennsylvania Turnpike in Westmoreland County was shut down for several hours

A child died in a crash involving a pickup truck and a tractor-trailer on the Pennsylvania Turnpike in Westmoreland County on Thursday afternoon.

The accident happened in the eastbound lanes between New Stanton (Exit 75) and Donegal (Exit 91) in Mount Pleasant Township.

The coroner has identified the child as 11-year-old Hayden Field of Connellsville Township, Fayette County.

The Westmoreland County Coroner’s Office said Hayden was the front-seat passenger of a 2008 Nissan Frontier that was traveling eastbound on I-76.

For an unknown reason, the pickup truck crashed into the back of a Freightliner tractor-trailer and ended up under the back of the trailer. Hayden was trapped inside the vehicle and was pronounced dead at the scene. The coroner’s office said Hayden was wearing a seat belt.

All eastbound traffic was detoured off the turnpike at New Stanton for several hours.

State police are investigating the crash.