Republican Rep. Adam Kinzinger called out other members of his party, saying “we need to reject those that promote” conspiracies about the insurrection on the US Capitol on Jan. 6.

He said he agreed to serve on this select committee because he wants to know what happened that day and present the facts to the public “free of conspiracy,” adding he wants Americans to be able to trust the committee.

“This cannot continue to be a partisan fight. I’m a Republican. I’m a conservative. But in order to heal from the damage caused that day, we need to call out the facts. It is time to stop the outrage and the conspiracies that fuel the violence and division in this country and most importantly, we need to reject those that promote it,” he said.

Kinzinger got emotional during his comments to the four officers who were testifying. 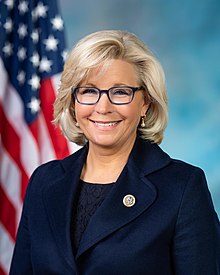 WASHINGTON — Republican Liz Cheney made clear Tuesday she wants the committee investigating the Jan. 6 insurrection to have teeth, moving quickly to use subpoenas to force testimony from key witnesses. Cheney said Americans should know what happened “every minute of that day” inside the Trump White House.

“The task of this committee will require persistence,” the Wyoming congresswoman said in opening remarks at the committee’s first hearing on Capitol Hill. She is one of two Republicans on the bipartisan panel.

Cheney said the committee should move to “issue and enforce subpoenas.”

“We must overcome the many efforts we are already seeing to cover up the facts,” she said.

Cheney specifically noted that “we must know what happened here at the Capitol” but also that the committee should find out what happened “every minute of that day in the White House: every phone call, every conversation, every meeting leading up to, during and after the attack.”

That comment shows that Cheney and others on the committee plan to use subpoena power to compel testimony from top officials in the Trump White House, such as former chief of staff Mark Meadows, former Vice President Mike Pence and former President Donald Trump himself.

Source: (21) Republican lawmaker blames his party for lack of answers in emotional statement