Western Pennsylvania CONFERENCE ON THE UNEXPLAINED !

by Simon Event Management
$15 – $50
If you love UFOs, Bigfoot, Cryptids, Ghosts, Hauntings and the Paranormal, you won’t want to miss this exciting weekend.

PURCHASE TICKETS AT THE DOOR…ADVANCED TICKET SALES HAVE ENDED. 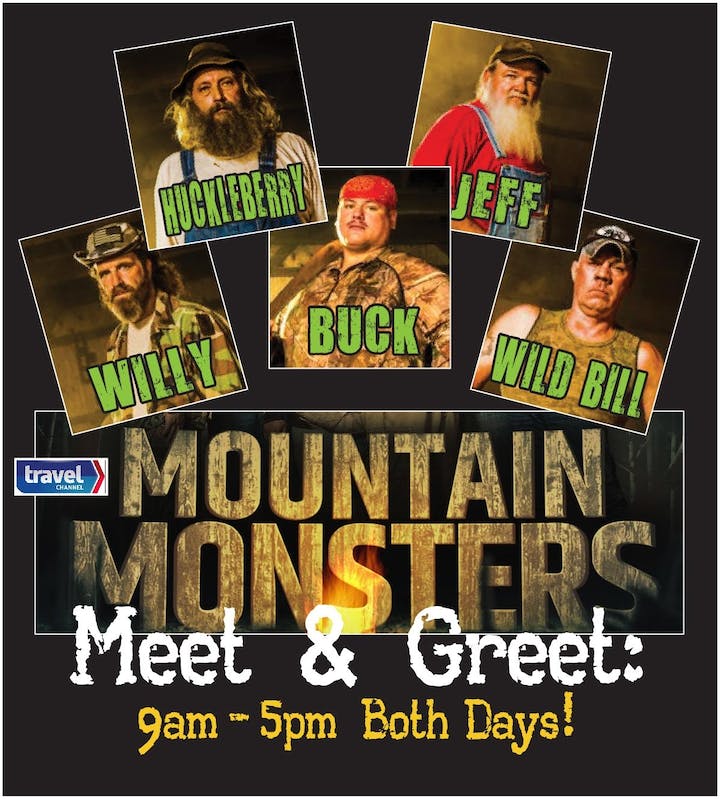 If you love UFOs, Bigfoot, Cryptids, Ghosts, Hauntings and the Paranormal, you won’t want to miss this exciting weekend.

Source: Western Pennsylvania CONFERENCE ON THE UNEXPLAINED ! Tickets, Sat, Nov 9, 2019 at 9:00 AM | Eventbrite

A UFO has been discovered buried in a Russian coal mine, a recently-resurfaced Russia video has purportedly revealed.

Director/producer Cody Knotts was on hand to introduce his take on the infamous 1965 UFO incident in the tiny Mt. Pleasant Township hamlet.

Knotts said that neither the Uniontown nor the Hanna’s Town screening represented the movie’s final take.

FOR more than 25 years, he has assiduously watched Loch Ness for a sighting of the monster – setting a world record for the longest Nessie vigil in the process.

Steve Feltham stars in the film about his search for Nessie (Image: Peter Jolly/NorthPix)

Now Steve Feltham is featuring on the screen with the release of an advert this week by a director from Alien director Ridley Scott’s company. Among those who have called on the Englishman, who moved to the Highlands almost three decades ago, over the years have been Monty Python star Eric Idle and the late Robin Williams, the Chinese State Circus – dropping by for a photo shoot – and Billy Connolly, who invited him to be a guide for half a dozen of his A-list friends for a day. But he is now the star of a short commercial, Monster Hunter, by director Alexander Farrell from Scott’s RSA production company.

Source: Man watches Loch Ness for a sighting of the monster for over 25 years | UK | News | Express.co.uk

Area 51, secret U.S. Air Force military installation located at Groom Lake in southern Nevada. It is administered by Edwards Air Force Base in southern California. The installation has been the focus of numerous conspiracies involving extraterrestrial life, though its only confirmed use is as a flight testing facility.

We know that mysterious ancient humans called Denisovans once lived alongside Neanderthals, thanks to a few bones and teeth recovered from a cave in Siberia. Now, for the first time, researchers have shared what they might have looked like.

A video has now emerged which appears to show a large serpent-like creature in the River Ness, which flows into Britain’s largest body of fresh water. It was posted by the Ness Fishery Board, which said: “When you see a large eel-shaped object passing your camera in the River Ness, the first thing you think of is the Loch Ness Monster.”

Allegheny County detectives are investigating at Renziehausen Park in McKeesport. Police have not commented on the situation as yet.

Researcher: Loch Ness monster could be a giant eel

Find out why a New Zealand researcher is saying the Loch Ness monster may be a giant eel.

After months of speculation surrounding a study into whether the Loch Ness monster was real, the researcher behind it has claimed it could be a giant eel and not a giant plesiosaur from a long-lost era.

Speaking at a press conference early Thursday morning, New Zealand researcher Neil Gemmell gave his “plausible” explanation for what people may have seen in the past, but added that it is most certainly not a dinosaur.

“We can’t find any evidence of a creature that’s remotely related to that in our environmental-DNA sequence data,” Gemmell said, according to the BBC. “So, sorry, I don’t think the plesiosaur idea holds up based on the data that we have obtained.”

The two-million-strong Facebook event – “Storm Area 51, They Can’t Stop All Of Us” – launched as a web prank in July to “see them aliens”.

It calls on gatherers to form en masse at 3am on September 20 to overrun the mysterious US air base – which is at the centre of alien conspiracy theories.

But the event has now morphed into a three-day alien-themed festival that local officials in sparse Lincoln County fear could overwhelm the area.

It’s due to take place in the tiny hamlet of Rachel, Nevada – which has a population of around just 50 and a small motel.

Source: ‘Storm Area 51’ emergency as officials predict up to 40,000 will gather and warn clash with military ‘will get ugly’

It’s our “first nearby super-Earth that could harbor life,” astronomer says.

Source: Newly uncovered super-Earth may be habitable, and it’s only 31 light-years away

If Area 51 is too far of a trip for you, check out Kecksburg’s UFO Festival!

Kecksburg is celebrating 54 years of alien encounters with its UFO festival this weekend, July 26 through July 28.

On Dec. 9, 1965, Kecksburg residents reported a fireball streaked through the sky and then an object showed up in nearby woods.

Was it aliens, a meteor or something else entirely? There are still conspiracy theories as to what happened that day in 1965.

This year will mark the 14th year of the UFO festival.

The family-friendly weekend will include a parade showcasing the town’s best UFO costumes and floats, a bed race and fireworks.

For more information about the UFO festival, visit

Here are the 5 most haunted cemeteries in America: Number 5 – Gettysburg Cemetery. It is a resting place for many soldiers who lost their lives in the battle of Gettysburg. Reportedly, ghosts in Confederate and Union uniforms can be seen in the cemetery. According to a CNN report, a man wearing a Confederate army hat is frequently seen here. It is said that he tries to chat with the tourists or pose for photos. Those who have had their picture taken with him claim he disappears in print. Number 4 – Resurrection Catholic Cemetery in Chicago. Once in the cemetery you may encounter the ghost of “Mary”, a young lady who died during the 1930s in a car accident near the cemetery. Travel channel reports that her ghost has also been spotted outside the cemetery where she asks for a ride but then vanishes mysteriously. Number 3 – St. Louis cemetery number 1 in New Orleans. According to CNN, visitors have reported sightings of civil war ghosts and phantom figures in the cemetery. It is said that of all the ghosts seen here, the one of Marie Laveau, a renowned voodoo practitioner back in the 19th century is the most sighted. Number 2 – Hollywood Forever Cemetery in Hollywood, California. Founded in 1899, the cemetery is a resting place for many Hollywood legends such as Rudolph Valentino, Johnny Ramone, and Douglas Fairbanks. It is said that this famous cemetery is a site for many paranormal activities. Ghosts of Rudolph Valentino, Virginia Rappe, Clifton Webb, and a woman called the ‘black lady’ are often seen on the cemetery grounds. Number 1 – Salem Cemetery in Hendrysberg, Ohio. It is said that many ghosts haunt this graveyard. Supposedly, the ghost of Louiza Fox, the first citizen to be murdered in the Kirkwood Township, is often seen weeping near her grave.

Volunteers and first responders continued to search on Sunday for a 35-year-old woman who authorities say disappeared last week outside of a Hawaii national park.

Around noon on Thursday, Amanda Eller’s Toyota RAV4 was found in a parking lot of the Makawao Forest Reserve in Maui County, officials said. According to a “Findamanda” Facebook page, authorities who found the car did not yet know that Eller was missing.

Eller’s family believes she may have gone running in the national forest, because her teal sneakers were missing, while her wallet and cellphone remained inside.

“Amanda may have gone running, it was her day off and this is a common place for her,” a missing poster for the 35-year-old stated. “It is also normal that she would leave her cell behind. Her car key was found hidden under the driver’s side front tire.”

According to a researcher from the University of Melbourne, the idea of alien life is not as far-fetched as it used to seem, thanks to remarkable discoveries over the past two decades.

While life is a special kind of complex chemistry, the elements involved are nothing special: carbon, hydrogen, oxygen and so on are among the most abundant elements in the universe. Complex organic chemistry is surprisingly common.

Amino acids, just like those that make up every protein in our bodies, have been found in the tails of comets. There are other organic compounds in Martian soil.

And 6,500 light years away a giant cloud of space alcohol floats among the stars.

Habitable planets seem to be common too. The first planet beyond our Solar System was discovered in 1995. Since then astronomers have catalogued thousands.

Based on this catalogue, astronomers from the University of California, Berkeley worked out there could be as many as 40 billion Earth-sized exoplanets in the so-called ‘habitable zone’ around their star, where temperatures are mild enough for liquid water to exist on the surface.