Some worker advocates see the end of those unemployment benefit programs as a problem, with many people still struggling to find child care or suitable work as COVID-19 variants continue to spread. But those opposed to any extensions argue that it’s time to return to a more normal mode and that the unemployment payments kept people from looking for work.

In 26 states, lawmakers even moved to end the programs before the September deadline set by the federal government. Pennsylvania was not one of them.

Saturday’s expiration affects several programs including the Pandemic Emergency Unemployment Compensation, or PEUC, which helped Mr. Ernette when the new owner of his employer led a restructuring that left him without a job.

Mr. Ernette collected jobless benefits through the traditional unemployment compensation system for the traditional 26 weeks, then switched to PEUC. It offered additional weeks of payments after claimants exhausted their traditional benefits, an effort to keep money flowing while jobs were still hard to come by.

About 178,000 people collected benefits through PEUC in the last two weeks in August, according to data from the Pennsylvania Department of Labor and Industry.

Another 395,000 collected payments through Pandemic Unemployment Assistance, or PUA, which offers jobless benefits to gig workers, independent contractors and others who weren’t eligible for traditional unemployment compensation. 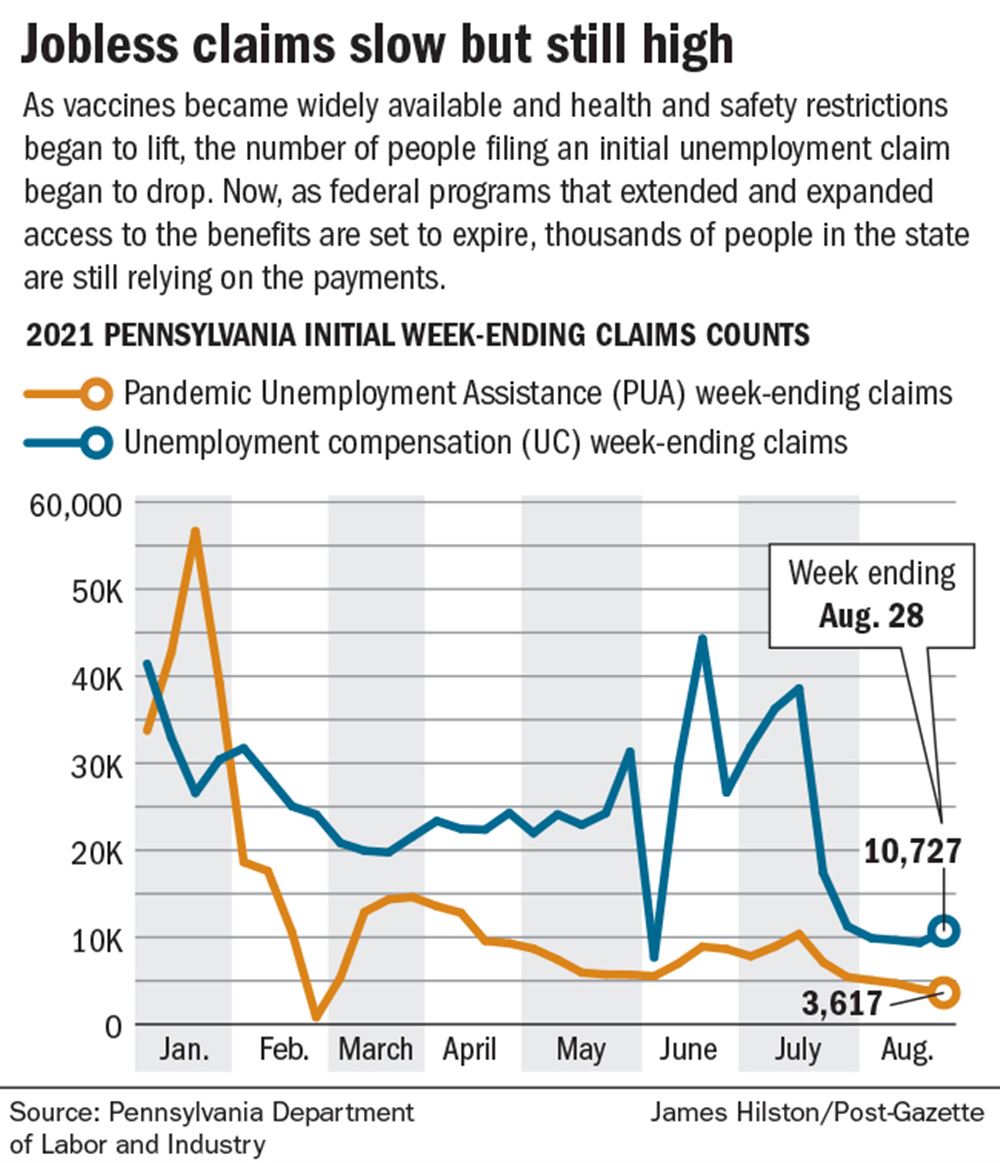 Source: ‘In the meantime, what do we do?’: Pittsburgh-area workers prepare for the end of federal unemployment benefits programs | Pittsburgh Post-Gazette