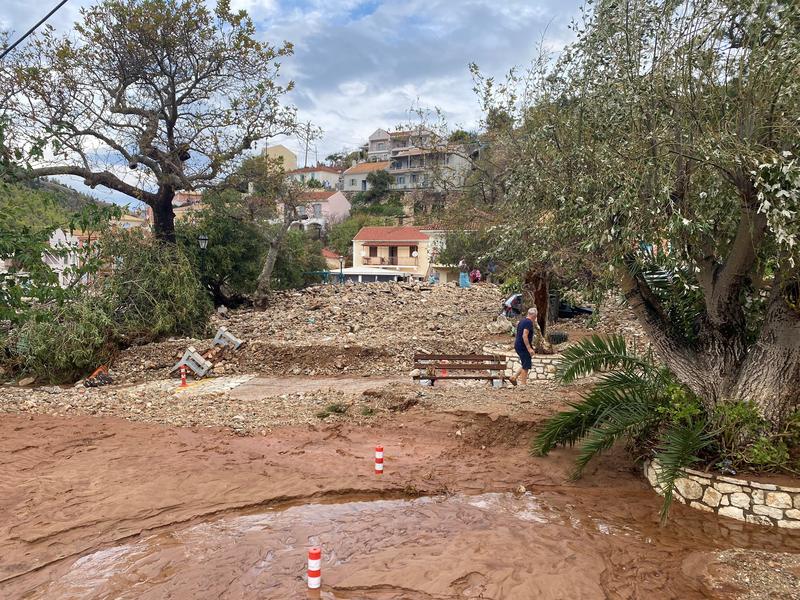 The heavy rainfall on Saturday turned Karditsa, in one of Greece’s biggest plains, into a lake. Video footage showed flooded highways, collapsed bridges and agricultural land turned into mud lakes with farmers carrying their sheep to rescue.

A river flooded its banks and damaged roads and a medical centre in the town of Mouzaki.

Experts estimate that about 5,000 houses were flooded in the area of Karditsa. Prime Minister Kyriakos Mitsotakis, who is expected to visit the region in the coming days, said the government will provide economic relief to the affected areas.