Burger King has been banned from showing adverts suggesting its Rebel Whopper, which is cooked alongside meat and contains egg, is vegan-friendly.

The Advertising Standards Authority (ASA) said the chain’s claim that the burger is “100% Whopper, no beef” could be understood to mean it did not contain animal products.

Burger King said it had been “clear and transparent” in its marketing.

The Vegan Society said it was a “missed opportunity”.

“We communicated from the outset that the Rebel Whopper is aimed at a flexitarian audience,” the fast food chain said in a statement.

But the ASA found that Burger King’s social media posts about the Rebel Whopper gave the impression it could be eaten by vegans and vegetarians.

You asked and we listened. Introducing the Rebel Whopper, our first plant-based burger!

Pick up yours exclusively with the app on the 6th and 7th and then available as usual from the 8th. T&Cs apply. 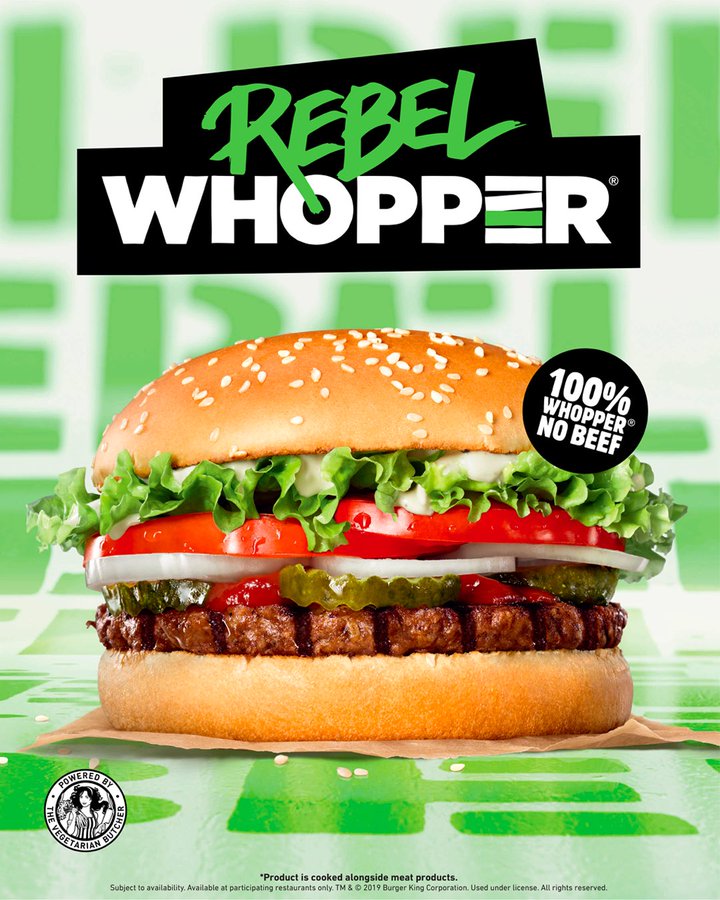