Electricity has been restored to most of the 1,600 homes that lost power in Westmoreland County Monday, according the West Penn Power.

Crews are still working to restore utilities at 518 properties.

In Allegheny County, the number of homes affected by strong winds and morning storms was far less, with about 34 homes initially without power. That number is down to five.

High winds are expected to remain throughout the day, according to an advisory issued by the National Weather Service in Pittsburgh. 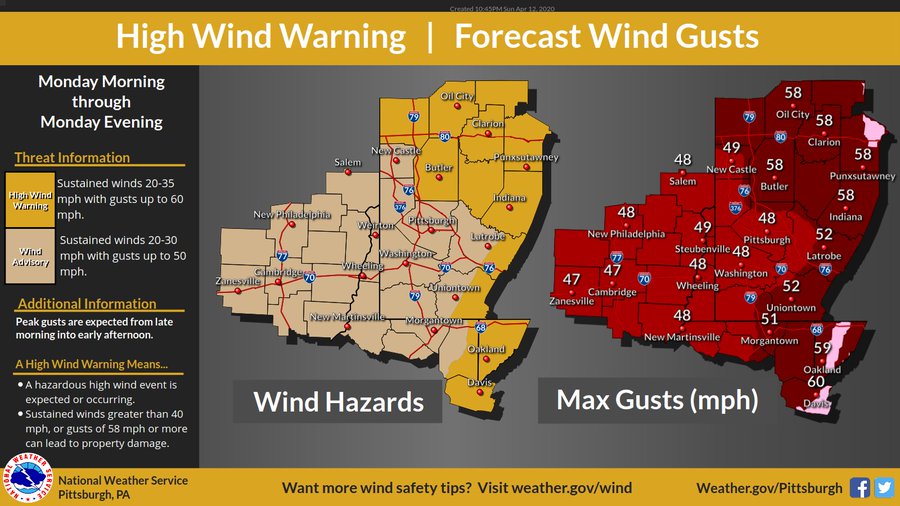