Police Chief U. Renee Hall speaks during a press conference following the death of 1-year-old Rory Norman, who was fatally shot early Sunday morning at a home in South Dallas, on Jan. 5, 2020 at the Jack Evans Police Headquarters. (Juan Figueroa/ The Dallas Morning News)

One person was killed, three others hurt and a suspect was in custody following a “stabbing incident” Friday morning in downtown Austin, police and emergency officials said.

A Texas sheriff’s deputy died in a hospital Tuesday after being shot multiple times during a traffic stop, authorities said.

Two people are dead and another person is critically injured after a shooting at a church in the Tarrant County city of White Settlement, officials said.

During the incident, two men died from their injuries and another man was critically injured. Fort Worth spokesman Mike Drivdahl said in a news conference that they believe the gunman is among the three but it’s unknown if he was killed or is injured.

MedStar has since said the third man in critical condition died en route to the hospital but was resuscitated and is currently undergoing surgery. Two other victims were injured trying to duck and cover but have been treated and released.

A group of men were shooting a music video when they were “basically ambushed.”

Gonzalez said a group of men were in the area filming a music video in the parking lot of a nearby business park off of I-45 N.

@HCSOTexas are at the 500 block of Smart Street, reference a drive-by shooting. Initial report indicates 4 gunshot wound victims. Of the 4, two have been confirmed at the scene and the other two are wounded. Still an active scene. Details are limited. #HouNews 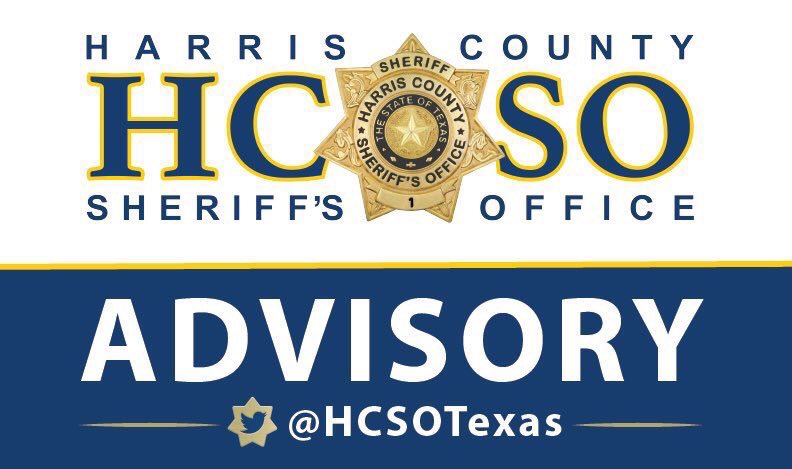 282 people are talking about this

“All of a sudden, basically, they were ambushed,” he said.

A total of nine people were shot. Two men were found dead on the scene, and the others were hospitalized, some in critical condition.

Gonzalez described the victims as young Hispanic males in their 20s.

Update: we now believe the number of gunshot victims to be at least 8. A group of Hispanic males (in their 20s) were filming a music video in the parking lot when unknown suspects possibly drove by and opened fire on the group. #HouNews https://twitter.com/sheriffed_hcso/status/1210782457634541568 …

@HCSOTexas are at the 500 block of Smart Street, reference a drive-by shooting. Initial report indicates 4 gunshot wound victims. Of the 4, two have been confirmed at the scene and the other two are wounded. Still an active scene. Details are limited. #HouNews

170 people are talking about this

“We believe there could still be more (victims) that are injured that happened to leave the scene before we got here,” he said.

Gonzalez also said the shooters were in cars and others may have been on foot. A description of the suspects was not immediately released.

Anyone with information is asked to contact the sheriff’s office or Houston Crime Stoppers at (713) 222-TIPS.

A Houston police sergeant died Saturday night after he was shot in the chest with a semi-automatic pistol during a domestic disturbance near Magnolia Park in east Houston.

Mayor Sylvester Turner praised the service of Christopher Brewster, 32, who had been with the department since 2010.

“This is a tough moment for our city,” Turner said. “Today and in days to come, years to come, we will honor him as a hero in the city of Houston for the work he performed on behalf of everyone in the city.”

Officers were called at about 5:50 p.m. to the 7400 block of Avenue I after a woman told 911 dispatchers that her boyfriend was assaulting her and that he had two firearms, Police Chief Art Acevedo said during a press conference.

County Judge Jeff Branick says there are no reports of any fatalities and only three people with injuries He calls that a miracle. One worker suffered burns and was taken by medical helicopter to a Houston hospital. Another sustained a fractured wrist and a third sustained a fractured leg. One of those victims was treated and released. He says all workers are accounted for.

There is damage reported to homes and even a school in the area.

Callers tell us it broke windows and could be felt miles away at about 1 a.m.

The plant produces butadiene and raffinate.

Butadiene is a colorless has used to make synthetic rubber and plastics, and to make other chemicals.

Raffinate is the residual product left after a reforming process. It’s also a colorless gas.

As a precautionary action Orange County Judge John Gothia is calling for a shelter in place south of I-10 until 6 am due to the explosion at the TCP plant in Port Neches and the East Northeast wind direction carrying a chemical plume. Shelter in Place means to stay inside, close windows, turn fans and air conditioning units off.

In a press conference with TDC officials, Troy Monk asked everyone to not-touch any debris you feel is contaminated. Call the hotline to have it evaluated and cleaned up.

A shelter is open at First Baptist Church in Nederland.

TPC Group has activated its Emergency Response Plan and requested assistance from Port Neches Fire Department and Huntsman. The event is ongoing but will be brought under control as quickly and safely as possible.

“Texas must achieve several objectives to better protect our communities and our residents from mass shootings” Abbott said in a statement. “One of those objectives is to marshal law enforcement resources to stop violent criminals before they commit mass murders. But more must be done. I will continue to work expeditiously with the legislature on laws to keep guns out of the hands of dangerous criminals, while safeguarding the 2nd Amendment rights of law-abiding Texans.”

His solidly Republican district includes Waco and the northern Austin suburbs and is home to two major universities.

“When I originally announced that I was running for Congress in 2009, I was firm in my commitment that I would run for six or fewer terms,” Flores, 65, announced in a statement on Wednesday. “After much prayer over the past few days and following conversations with my wife, Gina, during that time, I have decided that my current term will be my last.”

The identities of those who were killed and injured in West Texas mass shooting Saturday have been identified.

A list of names of those killed and injured were released Monday:

At least 21 people were shot and six people were killed Saturday in a series of shootings in the area of Midland and Odessa, Texas, an Odessa city official told Fox News.

Officials from the FBI and U.S. Immigration and Customs Enforcement (ICE) say that Tuesday’s shootings at two federal facilities were each a “targeted attack.” A shooter fired multiple rounds at two ICE facilities in San Antonio, Texas, early on Tuesday morning.

FBI and ICE officials said a shooter directly targeted two separate ICE facilities in northeast San Antonio at about 3 a.m. on Saturday morning. Officials report shots being fired into a 14th floor ICE office and another building operated by an ICE contractor, the KTSA radio reported.

A maniac is on the loose after he gunned down two people with an AR-15 in the middle of Houston rush-hour traffic — and then bolted in his car, with a trash bag full of weed inside, according to a new report.

The chaos unfolded just before 6 p.m. Thursday on eastbound Interstate 10, when the shooter and another person in his sedan struck another vehicle, causing it to spin out, local outlet ABC 13 reported.

Both suspects got out of the car — and one of them opened fire, according to the report.

People are calling on Walmart, often cited as the largest gun retailer in the world, to stop selling firearms after a mass shooting took place in one of its stores on Saturday.

Walmart has been the scene of two shootings in the past week, one in Southaven, Mississipi where two were killed by a former employee on July 30 and Saturday’s mass shooting in El Paso, Texas that left 22 dead.

A gunman opened fire Saturday morning at a Walmart in El Paso.

The suspect in the killing rampage at a Walmart in El Paso, Texas, allegedly cased the store, looking for Mexicans to kill before he came back and unleashed a barrage of gunfire that left 22 people dead and more than two dozens injured, law enforcement officials told ABC News.

The latest twist in the investigation of the mass shooting came just hours after doctors in El Paso confirmed that two more victims had died from bullet wounds suffered in the Saturday morning massacre — increasing the death toll to 22.

Patrick added that a 21-year-old man had been taken into custody. Police had previously said they had received numerous reports of “multiple shooters.”

The lieutenant governor did not say how many of the injuries were fatal.

Police responded to reports of an active shooting at the Cielo Vista Mall area shortly before 11 a.m. and asked people to stay clear of the active scene. An El Paso police spokesman told reporters shortly before 1 p.m. that there was no longer an “imminent threat” to the area.

A spokesperson at Del Sol Medical Center told Fox News that the hospital had received six victims in an unknown condition. They did not say if any more victims would be coming to the facility.