A commercial space launch industry, with companies such as SpaceX and Boeing competing against one another, has every potential to lower the cost of space travel.

The commercial spaceflight company launched a Falcon 9 rocket with a crewed Dragon on top. About 90 seconds into the flight, the Falcon 9’s engines switched off. Detecting that an anomaly had taken place, the Crewed Dragon fired its Draco rocket engines, separating it from the Falcon 9. As the Falcon 9 broke apart in midflight, the crewed Dragon soared away in safety. The spacecraft eventually splashed down in the Atlantic Ocean using parachutes. NASA and SpaceX will spend the next several months examining data garnered by the flight.

While the possibility of an inflight abort is an extreme event, it is not a theoretical one. In October 2018, a crewed Soyuz launch suffered an unplanned inflight abort. After the booster failed, the Soyuz capsule broke away and eventually landed near the launch site with its crewmembers, Russian cosmonaut Alexsey Ovchinin and American astronaut Nick Hague, shaken but alive and well.

SpaceX’s next generation rocket, known as the Starship, may one day ferry passengers and cargo to and from distant locations like the Moon and Mars.

What just happened? On Saturday at the Boca Chica Beach, Texas, Elon Musk showed off the first shiny steel prototype of SpaceX’s deep-space bound ‘Starship’ rocket, just a few moments after the company’s employees had finished assembling it. Musk gave a presentation on “the most powerful rocket in history” and discussed Starship’s stainless steel design as it stood next to the Falcon 1, the company’s first rocket that made it to orbit eleven years ago.

Earlier this month, SpaceX confirmed plans to begin testing its orbital-class ‘Starship’ rocket whose first prototype was completed over the weekend. A 200-ton, 165 ft-tall stainless steel rocket that will use three of SpaceX’s next-gen Raptor engines to test out its flight capabilities through a series of propulsive landing tests.

SpaceX won’t be the only company reusing its rockets for payload deliveries. Rocket Lab has unveiled plans to recover the first stage of its Electron vehicle. The strategy’s first phase will have Rocket Lab recovering the stage from the ocean and refurbishing it for later. A second phase will be more… audacious. The company intends to have the stage “captured mid-air” by a helicopter, with the aircraft hooking on to the rocket’s parachute array during the descent. It won’t be as elegant as SpaceX’s rocket landings, but it will be efficient if it works as planned.

Source: Rocket Lab will reuse its rockets by catching them with a helicopter 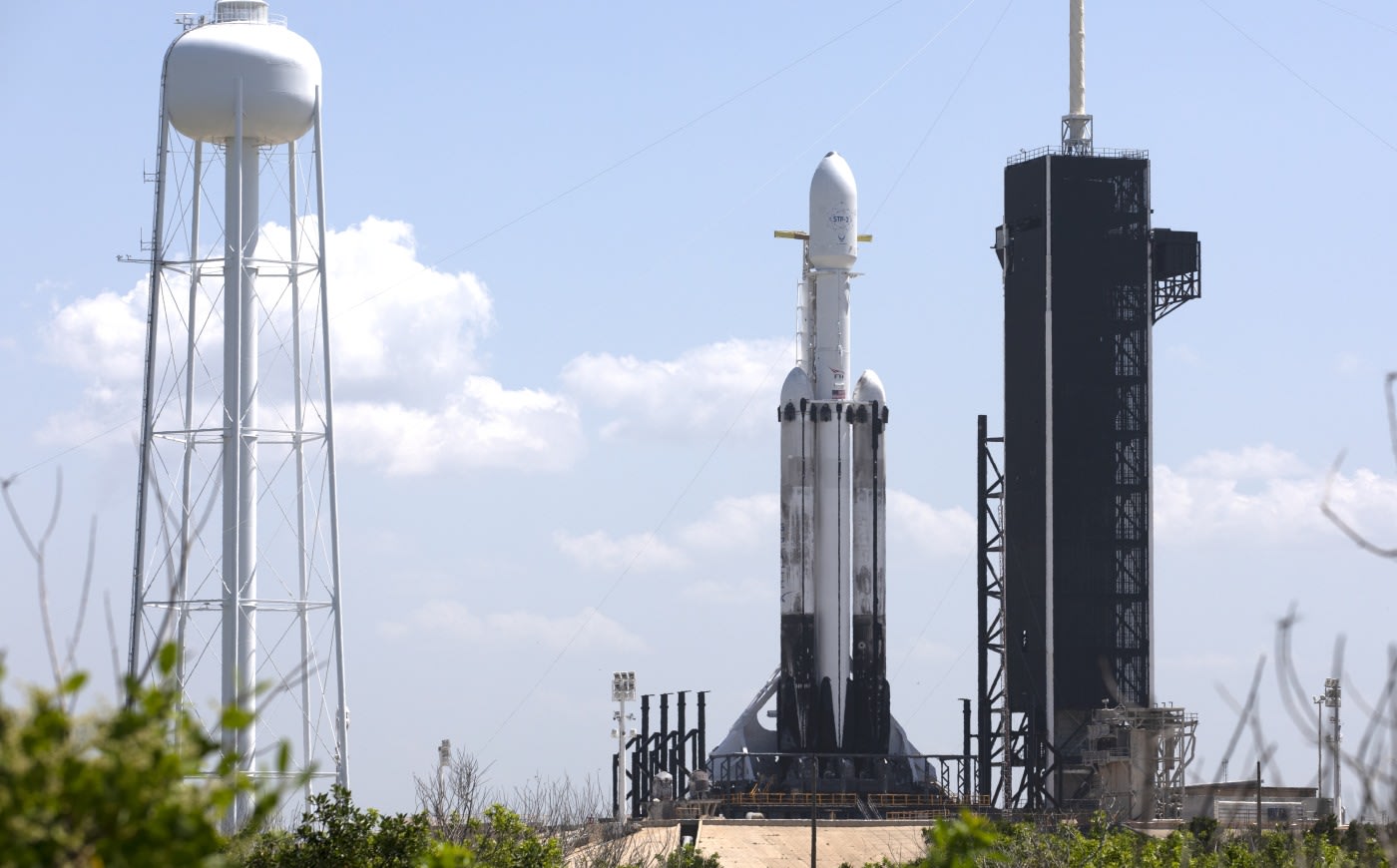 This flight is also important because of its payload, which includes things like NASA’s Deep Space Atomic Clock and the Green Propellant Infusion Mission. After launch, we’re in for another triple landing attempt, with the two side boosters coming down at Cape Canaveral and SpaceX attempting another sea landing for the center core and, hopefully, bring it all the way home this time.

Source: Watch SpaceX attempt a ‘most challenging’ Falcon Heavy launch at 2:30 AM ET

The cargo delivered 5,500 pounds of research, crew supplies and hardware to the the orbiting laboratory.

Less than nine minutes later, the rocket’s first stage booster fell from the sky and executed a pinpoint propulsive landing just offshore, setting the stage for another resupply mission for NASA using the same rocket this summer using the same vehicle.

The Falcon 9 tilted toward the northeast to align with the space station’s flight path, riding 1.7 million pounds of thrust as roared into a starry sky. Less than two-and-a-half minutes later, the rocket’s first stage booster shut down and separated to begin a descent back to Earth, targeting SpaceX’s drone ship “Of Course I Still Love You” parked around 14 miles (22 kilometers) east of Cape Canaveral in the Atlantic Ocean.

The first stage lit three of its engines to begin a boost-back burn to reverse course and head back toward Florida’s Space Coast, while the Falcon 9’s upper stage continued with the primary objective of Saturday’s mission — the delivery into orbit of a Dragon cargo craft packed with 5,472 pounds (2,482 kilograms) of supplies, provisions and experiments for the station and its six-person crew.

The interaction exhaust plumes from the Falcon 9’s first and second stage Merlin engines produced a spectacular lighting effect, giving the appearance of a cosmic nebula high above the Florida spaceport.