A Connecticut man missing for nearly a decade was found dead in New York living under a different name, authorities said.

A man who vanished in Connecticut nearly a decade ago has been found dead in New York where he was living under a different name, police said this week.

Robert Hoagland was last seen on July 28, 2013, at a gas station in Newtown, Connecticut, authorities said. He was reported missing the next day after failing to pick up a relative from the airport.

He also didn’t show up for work that day and all his money, keys, cellphone and medication were still at his home, authorities said. Eventually, the search for him went cold.

Manor Township police are searching for a teenage girl who is believed to be in immediate danger.

According to a Facebook post from police, 13-year-old Haley, also known as Cameron, was last seen in the area of Armstrong Junior Senior High School, walking toward Kibuks Motorcycles around 4 p.m.

Cameron was last seen wearing baggy black pants, a black long-sleeved T-shirt with a black T-shirt on top. Police said they have short brown hair and is 5 feet, 3 inches tall and weighs 100 pounds.

Anyone who has information on their whereabouts should contact Manor Township police at 724-763-9677.

A search of the area was suspended overnight.

Source: Police searching for teenager missing from Armstrong County believed to be in ‘immediate danger’

Pittsburgh Police are asking for the public’s help in locating a missing 13-year-old girl.

Police said she is five-foot-seven-inches tall and has blue eyes and brown hair.

Police said Wilson is known to frequent the Ross, Fineview and Westwood areas.

Source: 13-year-old girl reported missing from the city of Pittsburgh

Pittsburgh police are asking for help to find a missing teen who was last seen in the city’s Brookline neighborhood.

Pittsburgh police detectives were asking for the public’s help to find a 29-year-old man who was reported missing from his Mount Washington home on Monday.

Police said he frequents the nature trail and walking path on Lincoln Avenue.

Anyone who knows where Jacobs is or has seen him should contact their local police.

(CNN)David Robinson has been in Arizona for the last three months searching for his 24-year-old son, Daniel Robinson, who went missing after leaving a work site in the desert in his Jeep Renegade on June 23.

Robinson, who lives in South Carolina, hired an independent investigator and assembled a volunteer search team when he says he felt the police weren’t making progress in the investigation. He also says he failed to get the amount of media coverage he believed the case needed. The case was reported by the local media as early as July 9.
Robinson said he sympathizes with the family of Gabby Petito, whose remains were recovered Sunday after she disappeared while exploring parks in Wyoming prompting a highly publicized search.

Still, Robinson said it’s “hurtful” to see a young White woman’s case met with more urgency and national attention than his son, who is Black.

“You wish you lived in a world where everything was equal but it’s really not equal,” Robinson told CNN.

Robinson is among the Black and brown families whose loved ones remain missing and say they have struggled to get fair attention on their cases. Some say they have grown frustrated with watching the search for missing White women like Petito being in the spotlight, while police appear to allow their cases to go cold or classify their loved one as a “runaway.”

Police said the girl is described as 5 feet 2 inches tall and 100 pounds, with freckles, blue eyes and long, red hair with blonde tips.

She is known to frequent the Lincoln Place, Swissvale, and Lawrenceville areas, police said.

Anyone who has information on the girl’s whereabouts is asked to call Special Victims Unit detectives at 412-323-7141. Anonymous calls will be accepted.

Prime Minister Yoshihide Suga said workers were doing everything to try “to rescue those who may be buried under the mud.”

By The Associated Press

Eighty people were still unaccounted for, according to Shizuoka prefectural disaster management official Takamichi Sugiyama. Officials were preparing to release their names, hoping to reach some who might not have been caught in the landslide.

Initially, 147 of those people were unreachable, but that number was revised downward after city officials confirmed some had safely evacuated or were away when the disaster struck, it said.

The disaster is an added trial as authorities prepare for the Tokyo Olympics, due to start in less than three weeks, while Japan is still in the midst of the coronavirus pandemic.

Prime Minister Yoshihide Suga told reporters that rescue workers, including police, self-defense troops, firefighters and coast guard personnel, are doing their utmost “to rescue those who may be buried under the mud and waiting for help as soon as possible.”

Miami-Dade County Mayor Daniella Levine Cava said Friday that officials have confirmed that four people have died following a partial building collapse in the Miami area. She added that 159 people are still missing.

“We still have hope that we will find people alive,” Cava said.

32-year-old Arielle Eyers of East Liberty was last seen Jan. 31 at her home. She was last seen wearing a black and white coat, grey hoodie and black sweatpants.

A man who was missing in Australia for 18 days has been found after surviving on mushrooms and dam water, police say.

Search efforts launched after Robert Weber, 58, went missing in the state of Queensland were called off this week.

But police said he had been found near a dam on Sunday by a “property owner”, who has been identified in Australian media as a local politician.

Mr Weber was “suffering exposure to the elements” but otherwise safe and well, police said.

Before Sunday, he had last been seen leaving a hotel in the town of Kilkivan with his dog on 6 January. He ran into trouble when his car got stuck in dirt on a farm road. 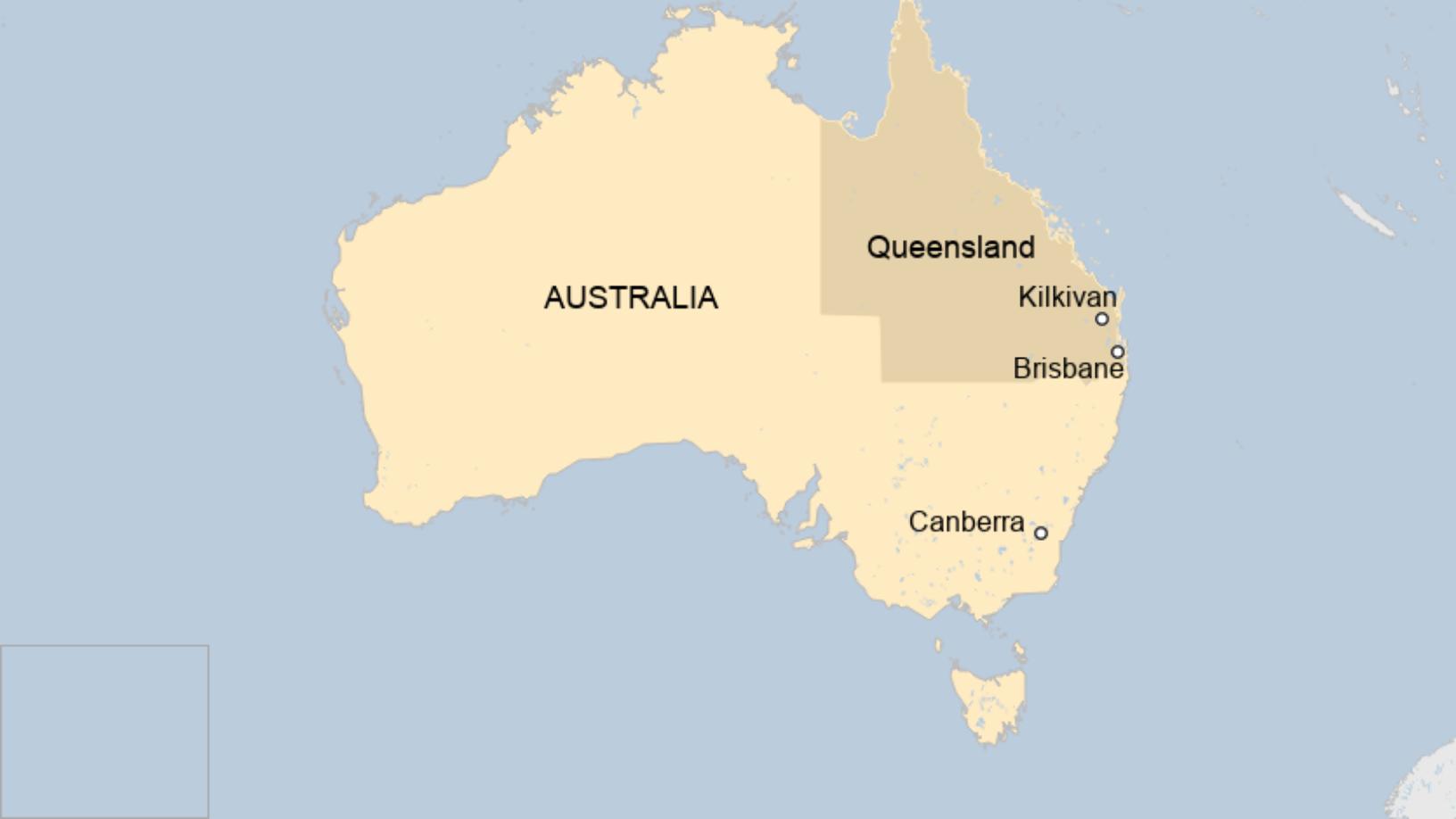 Police said Mr Weber spent three days in the car before running out of water and setting off on foot. He then became lost but remained near a dam where he survived by “sleeping on the ground, drinking dam water and eating mushrooms”.

An extensive air and ground search was suspended after failing to find him, but local property owners and police were told to keep an eye out.

Local MP Tony Perrett and his wife were reported to have found Mr Weber on Sunday just 3km (1.9 miles) from where his car had been discovered, after searching their cattle farm.

“He was sitting under a tree near a dam waving at us,” Mr Perrett told ABC.

An 85-year-old woman is missing, and Pittsburgh police are asking for the public’s help to find her.

Police said Elaine Coles was last seen at 3:30 p.m. Tuesday in the city’s Windgap neighborhood, heading to Ingram. She may be driving an older-model black Ford Escape.

According to police, it is believed Bey’s braided hair could be blue, yellow, and purple and that she could be in the downtown area.

Bey was reported missing on Wednesday, December 9, and has not been seen since November 25.

She is described as 5’5″ with brown eyes and multiple ear and nose piercings.

Anyone that has information on her whereabouts or has seen her is asking to call Pittsburgh Police Special Victims Unit detectives at 412-323-7141.

Stay With KDKA.com For More Details

Brianna left her Sugartop home with a suitcase on May 11 between 5:30 and 8:30 p.m. and may have been wearing a red sweatshirt.

She is possibly headed out of state to Florida or New Hampshire.

A 13-year-old boy has disappeared in Pennsylvania after changing the license plate of his family’s minivan and driving off, police say.

Kadin Willauer was last seen around 4 a.m. Sunday morning at a gas station in Upper Saucon Township, according to Fox 29. State Police say surveillance footage showed Willauer filling up the gas tank of white Chrysler Town & Country minivan and changing its license plates to stolen ones that read ZGW-4969.

About a half-hour earlier, Willauer had left his family’s home in Milford Township, north of Philadelphia, investigators told the station.