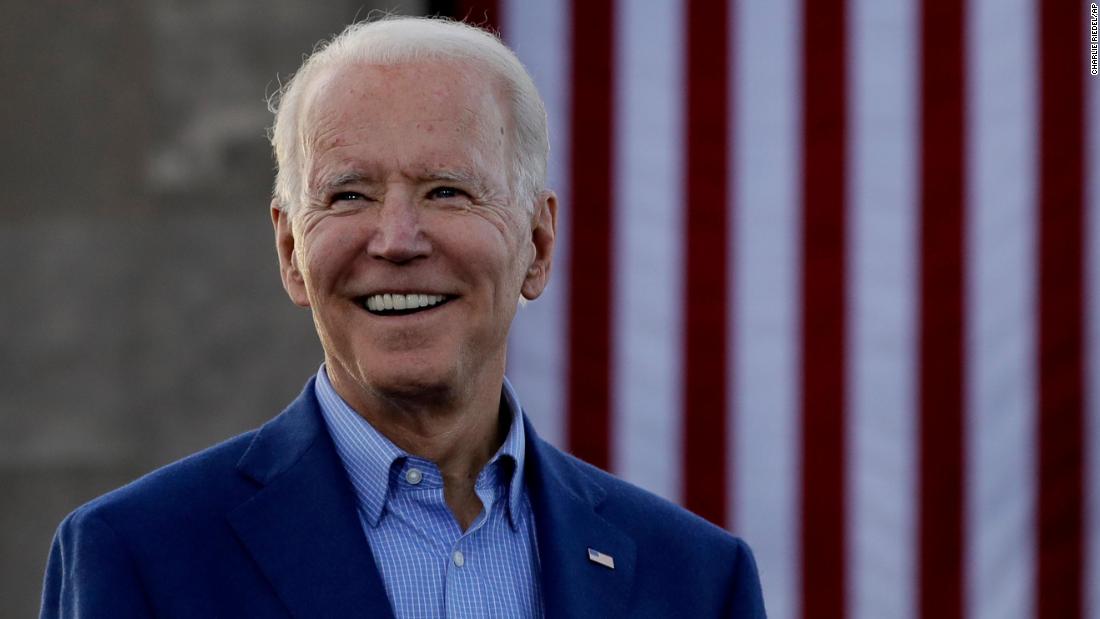 Former Vice President Joe Biden will sweep Tuesday’s races and win the Arizona, Illinois and Florida Democratic primaries, CNN projects, victories that will allow him to substantially expand his delegate lead over Vermont Sen. Bernie Sanders as they vie for the Democratic nomination. 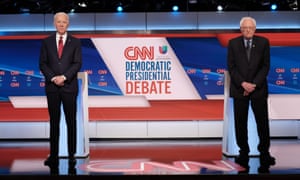 Jessa Crispin: ‘Sanders was too gentle on Biden’

Throughout this primary, I’ve heard supporters of other candidates complain about Bernie Sanders’ tendency to raise his voice. Where the hell was that yelling Bernie on Sunday night? His tendency to try to keep an undignified process dignified and his discomfort with going for Joe Biden’s throat were on clear display. If Biden wins the nomination, he’s going to have to debate the least classy man ever to appear in World Wrestling Entertainment. Bernie would have been doing us – and frankly, Joe as well – a favor by channeling gay rights king Stone Cold Steve Austin and pinning Biden on issues like how the 2008 bank bailout was disastrous for homeowners, or how his warmongering has stuck us in an endless war, or how the Violence Against Women Act that he loves to brag about did basically nothing to prevent violence in relationships.

For a while, I felt like I was watching a Beckett play, with two old men on stage talking about totally different realities, talking past one another as if they did not even exist within the same space and time. Here was Bernie Sanders, acknowledging how our flawed and deteriorated health system could enable coronavirus to kill hundreds of thousands of Americans. And here was Biden, convinced he was in Independence Day, saying the coronavirus “is like we’re being attacked from abroad” – although a bunch of people getting sick because the government is too timid to ask people not to go to a goddamn St Patrick’s Day bar crawl is not exactly an alien invasion. He talked about sending the military in to deal with it, as if it were a foreign country of brown people, with oil reserves.

Source: Who won the Biden-Sanders debate? Our panelists weigh in | Opinion | The Guardian 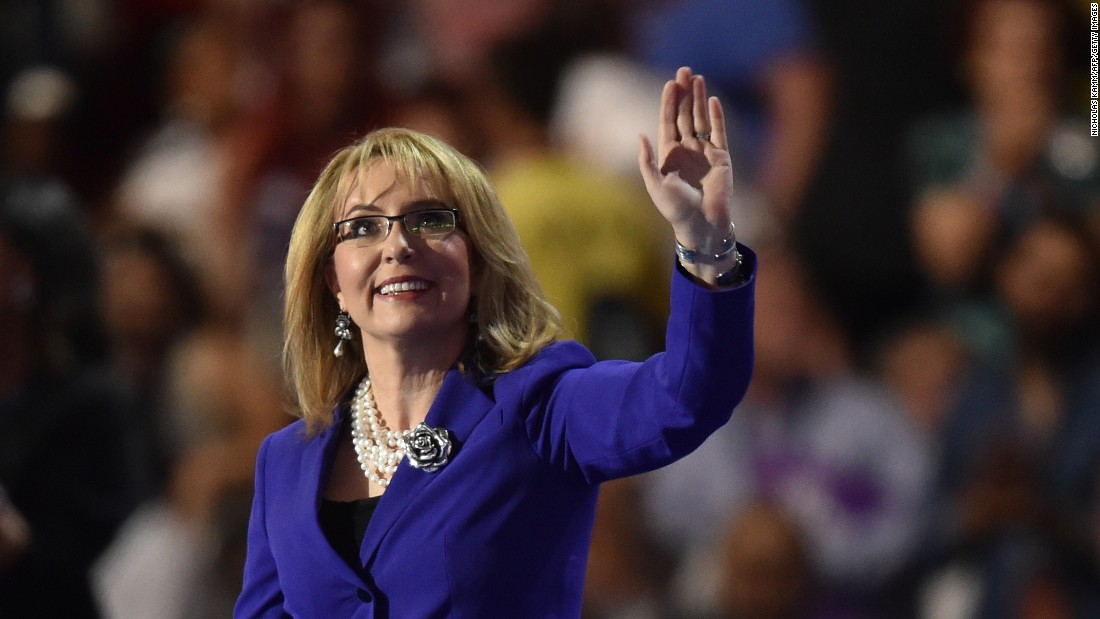 “Joe Biden leads with his heart. He has the compassion and toughness to lead on gun safety,” Giffords said in a statement Wednesday morning. “I’ve witnessed him comfort the survivors of gun violence, and I’ve seen him fight for solutions to gun violence—and win. This is the leadership we need in the White House. Joe Biden is the choice for a gun safety president.”
Biden thanked Giffords for her support, calling her an “American hero who embodies the courage and tenacity we need to take on and defeat the gun lobby.” 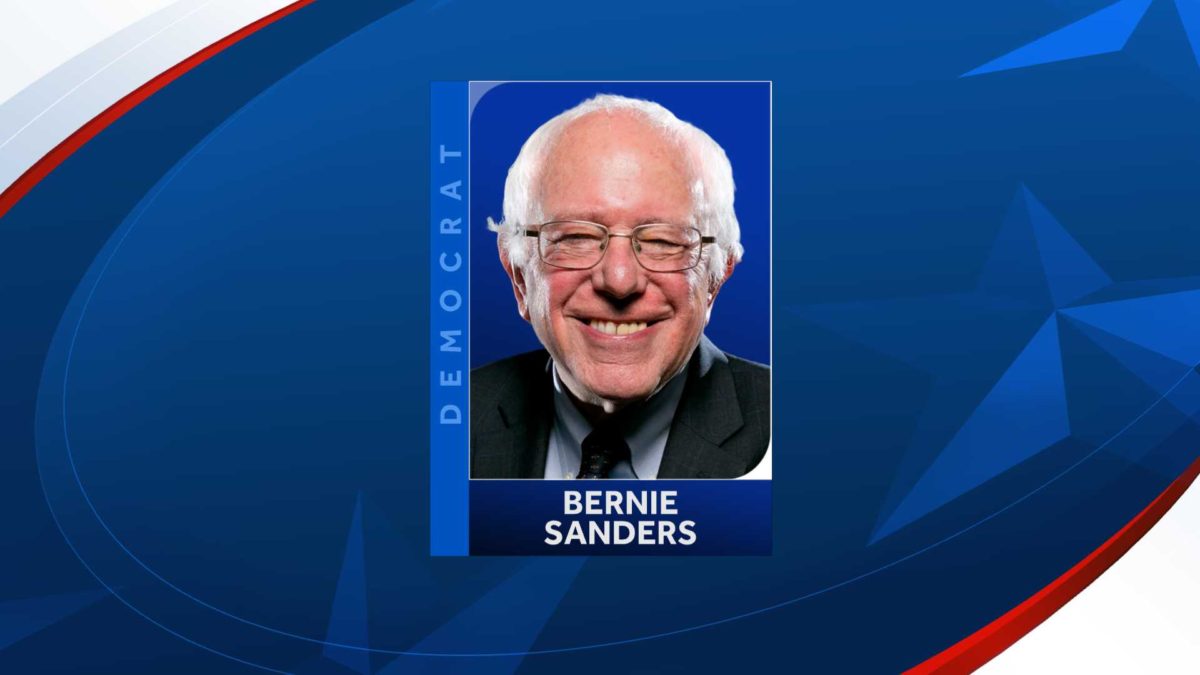 Former vice president Joe Biden and Sen. Bernie Sanders (I-Vt.) are the remaining top contenders to challenge President Trump in the 2020 presidential election. The Fix’s Aaron Blake looks at what’s next in the race. Read more: https://wapo.st/39AD6I0. Subscribe to The Washington Post on YouTube: https://wapo.st/2QOdcqK 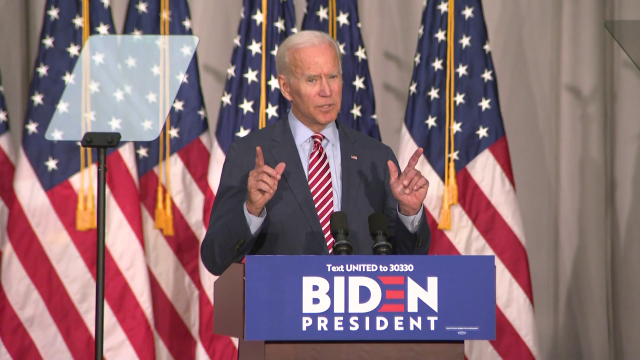 Candidates will have until November 13 at 11:59 pm to meet both polling and donor requirements. But according to an analysis by CBS News, only the eight following candidates have met both thresholds to participate in the November debate so far:

The venue, format and moderators for the November debate will be announced at a future date. It will be hosted by MSNBC and The Washington Post.

Source: The candidates who have qualified for the next Democratic debate – CBS News 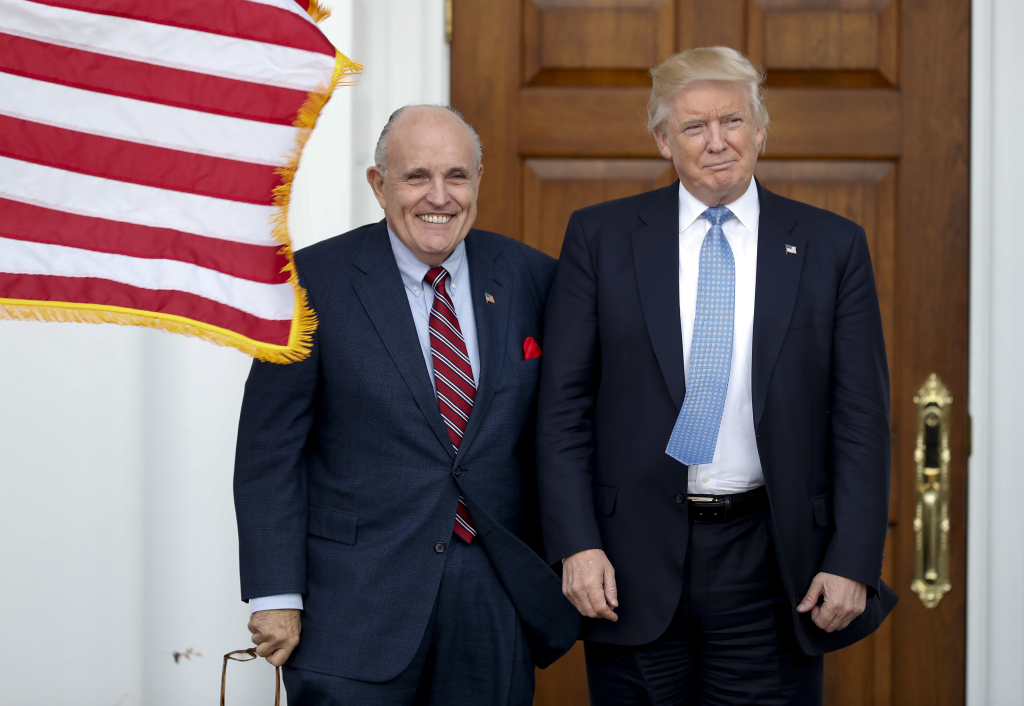 Two campaign officials sent a letter to the networks complaining that Giuliani is being allowed to spread falsehoods.

Joe Biden’s presidential campaign is asking the networks to stop booking Rudy Giuliani, writing in a letter that President Donald Trump’s personal lawyer “has made very clear that his only obligation is to protect Donald Trump, and that he will willingly lie to do so.”

In a letter to the networks, campaign officials Anita Dunn and Kate Bedingfield wrote the networks in the letter that “while you have been aggressive in pushing back on him in real time, it is well known that the dedicated liar always has the advantage, pushing out outlandish falsehoods and disinformation in the knowledge that it is hard for the corrections to catch up. Giving Rudy Giuliani valuable time on your air to push these lies in the first place is a disservice to your audience and a disservice to journalism.” 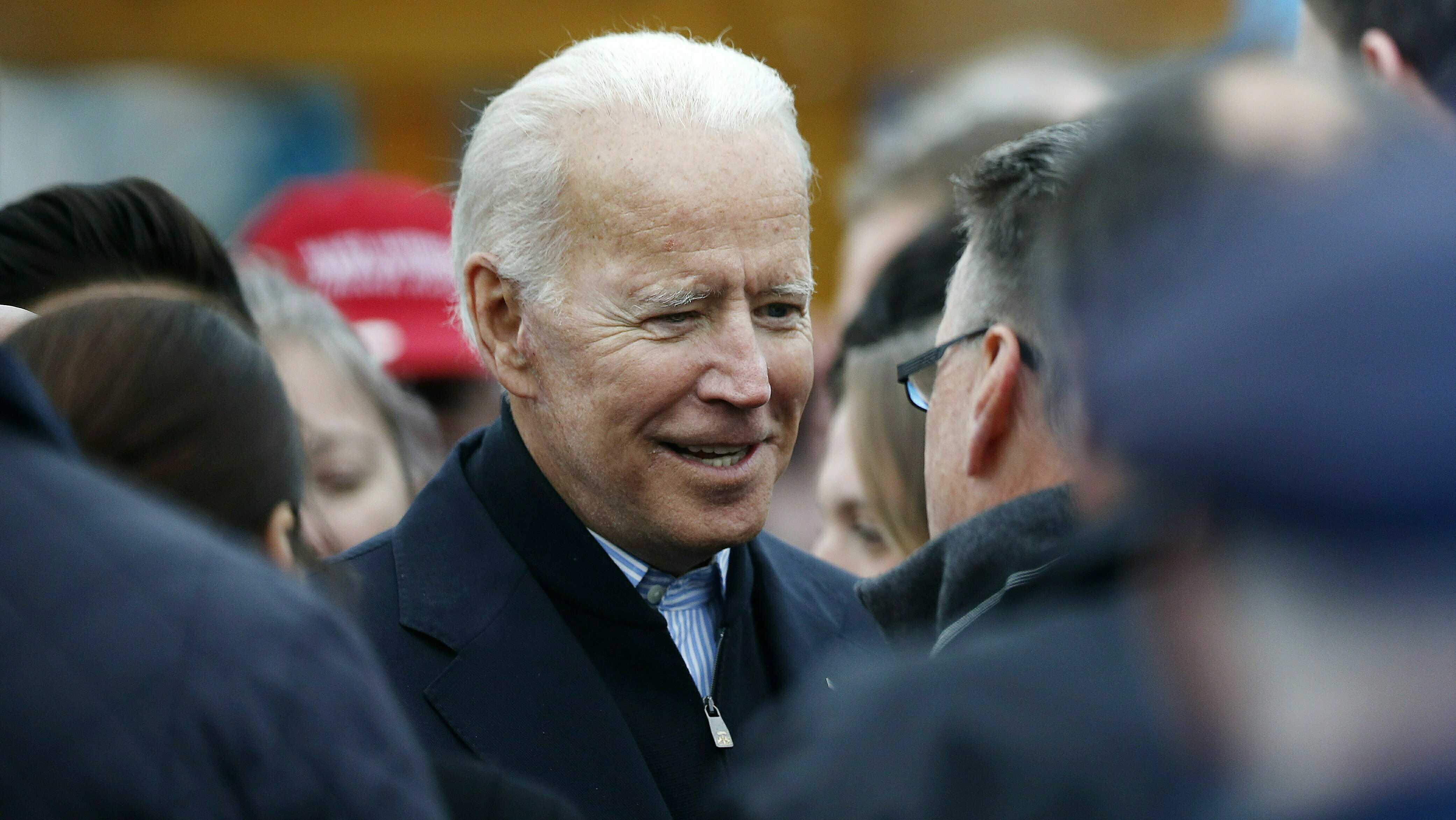 With Joe Biden’s official declaration that he’s running for president, his campaign website is now confirming that his first rally with supporters will come Monday at the Teamster Temple Union Hall of Local 249 on Butler Street in Pittsburgh’s Lawrenceville neighborhood. The former vice president has been a frequent visitor to Pittsburgh, including at the city’s Labor Day parades.

His campaign says Biden’s message will be a “discussion on his plan to build a middle class where everyone comes along.”PITTSBURGH —

Joe Biden has formally entered the 2020 race for president.

A visit by Joe Biden to Pittsburgh would be true to past form. He has returned to the city again and again over the years. 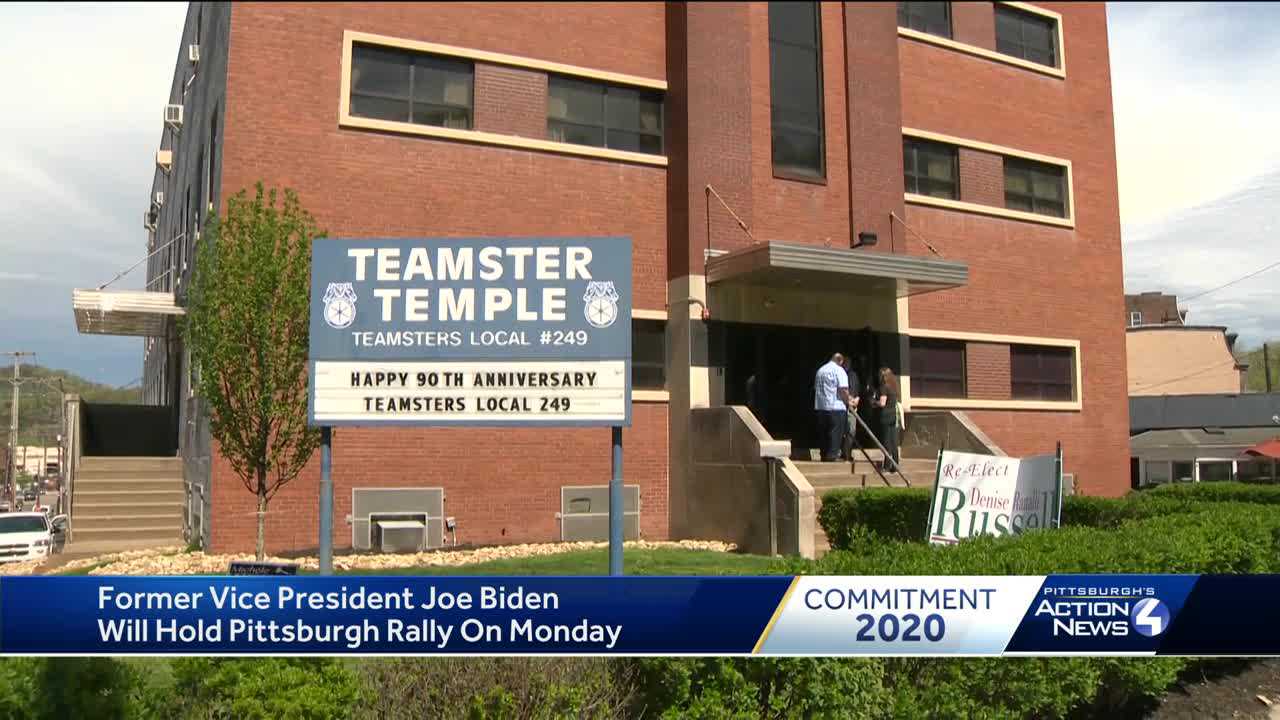