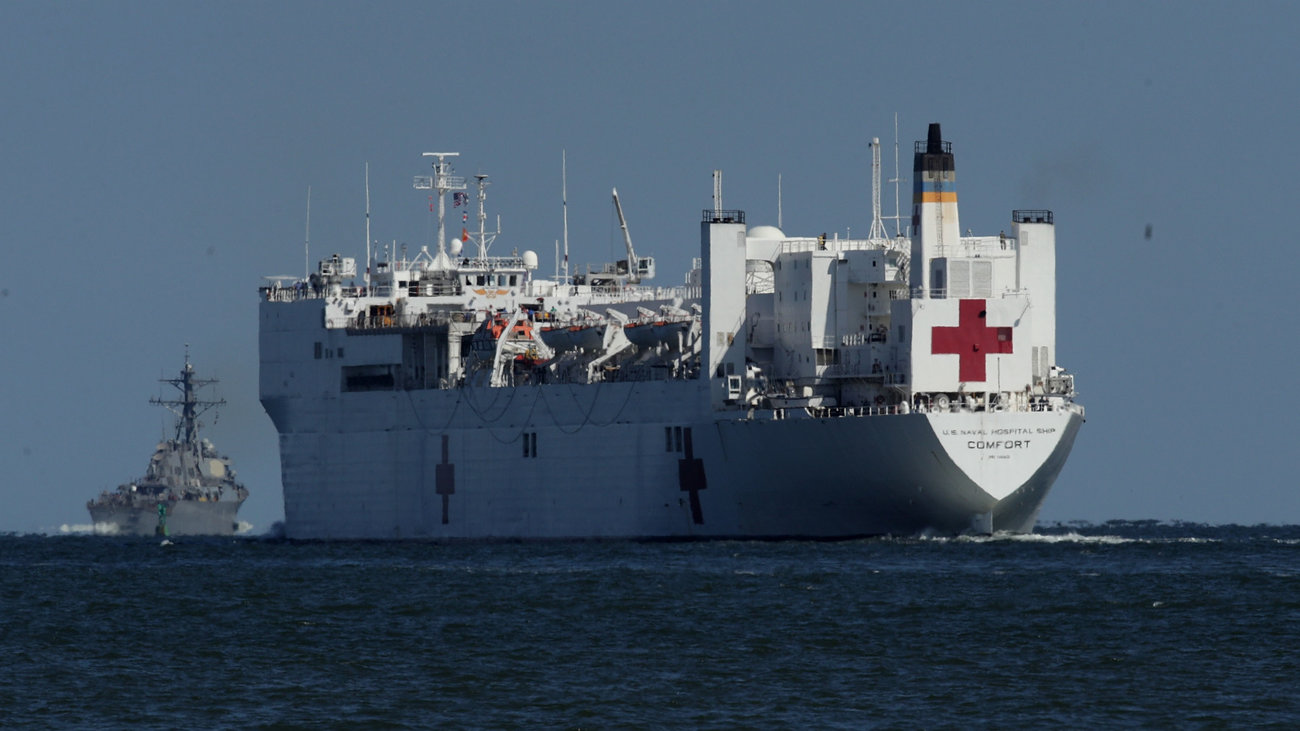 A pair of U.S. Navy hospital ships will be deployed to New York and on the West Coast, where medical workers are anxiously expecting a major influx of patients as the coronavirus spreads.

President Trump announced the plans for deployment during a news conference Wednesday, and New York Gov. Andrew Cuomo confirmed that he expects one of those ships — the USNS Comfort — to take up a position in New York Harbor, adjacent to New York City.

The USNS Mercy, meanwhile, is based on the West Coast and expected to deploy to coastal regions on that side of the country. 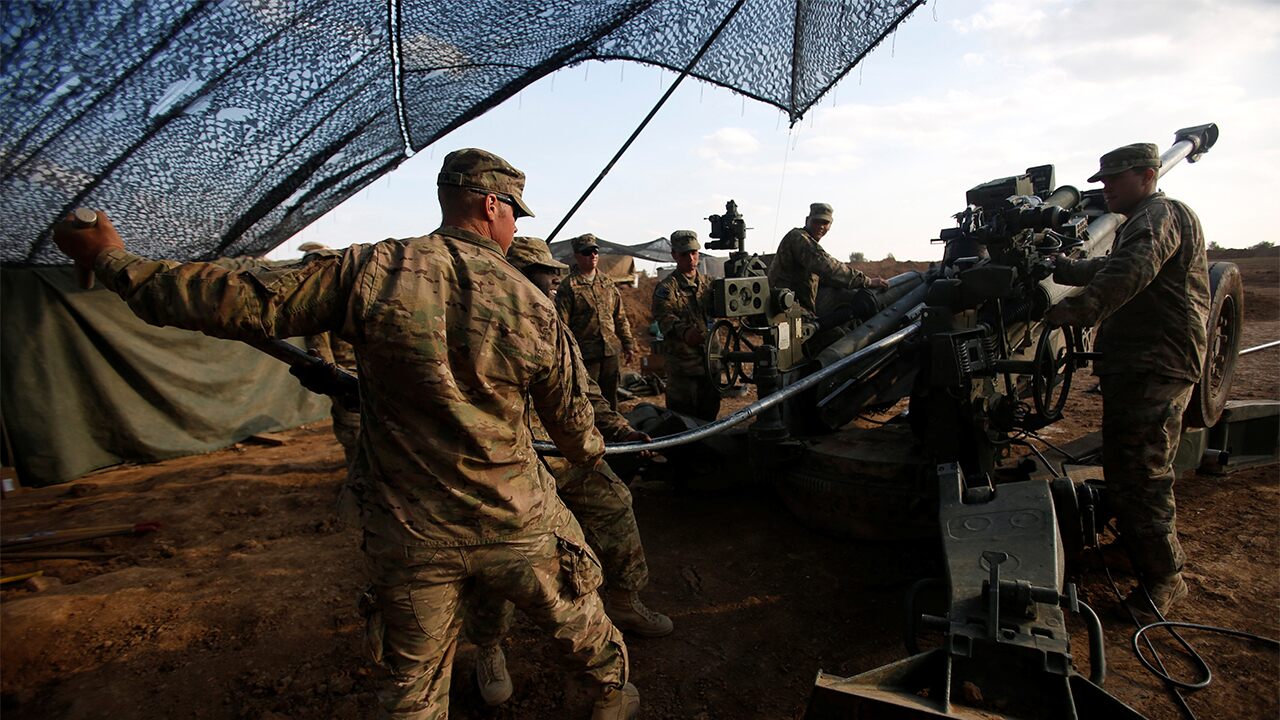 Two U.S. service members were killed by “enemy forces” Sunday while advising and accompanying Iraqi Security Forces during a mission to eliminate an ISIS terrorist stronghold in a mountainous area of north-central Iraq, the U.S. military said in a statement to Fox News.

ARMY SUSPENDS TRAVEL FOR SOLDIERS, FAMILIES TO AND FROM SOUTH KOREA AMID CORONAVIRUS OUTBREAK

Source: 2 US service members killed in Iraq during mission against ISIS | Fox News 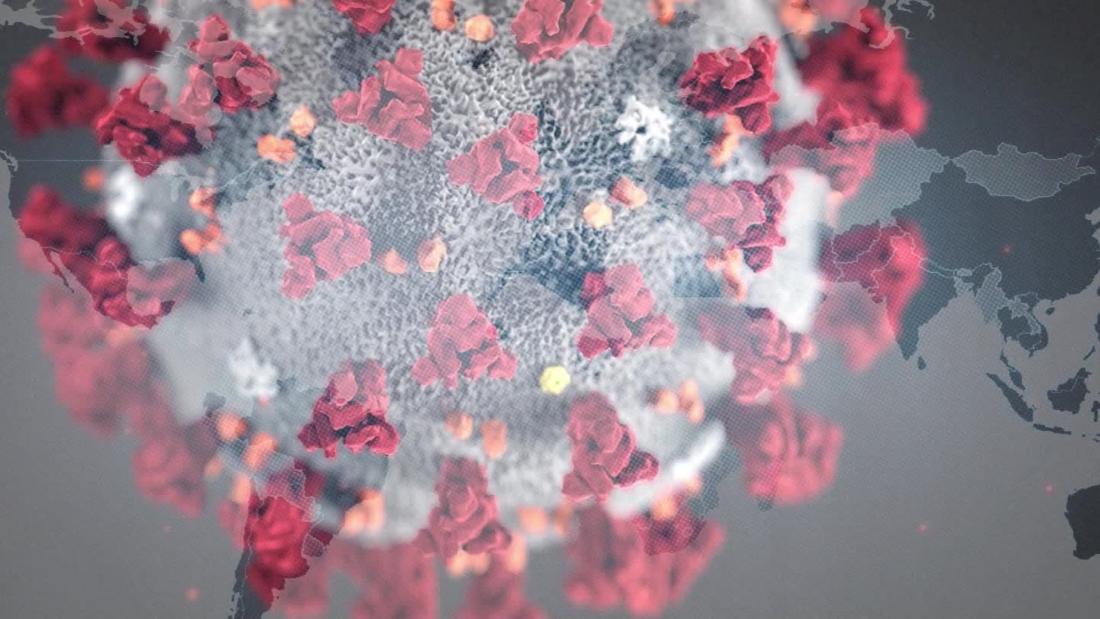 (CNN)A US Navy sailor stationed in Naples, Italy, has tested positive for coronavirus, marking the first positive case for a US servicemember stationed in Europe, according to a statement from US European Command and US Naval Forces Europe-Africa.

The servicemember, stationed at a naval support facility in Naples, tested positive Friday and is currently restricted to their residence, according to the statement, receiving medical and other support in accordance with the Centers for Disease Control and Prevention and Italian guidelines.
Authorities said health professionals from the US military are conducting what they call “a thorough contact investigation” to determine if any other personnel may have been exposed. They say depending on the results other precautionary measures may be taken. 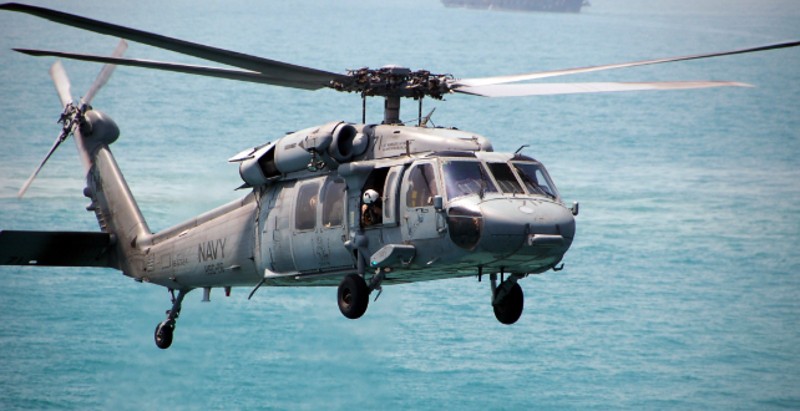 Five U.S. service members were rescued after an MH60 helicopter made an emergency landing in the sea Saturday off Okinawa Main Island, Japan, according to NHK News and the Okinawa Times. 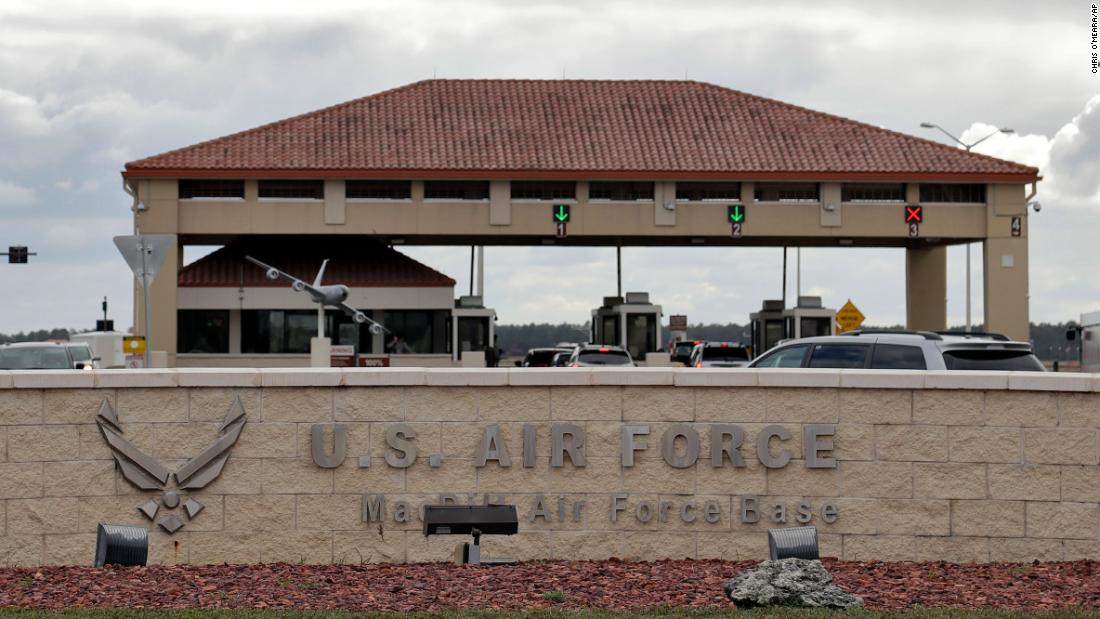 Secretary of State Mike Pompeo delivers remarks in a press conference, a day after the Pentagon said that a U.S. general’s letter informing Iraq’s Defense Ministry that U.S.-led coalition troops would leave Iraq “was a mistake,” and American Defense officials insisted that the troops would remain there. Last week on President Trump’s order, U.S. forces launched an airstrike that killed Iranian military commander Qasem Soleimani.

The U.S. is sending thousands of additional troops to the Middle East after Iran vowed “harsh retaliation” for the death of a top Iranian general. Qassem Soleimani’s convoy was hit early Fridany morning in a drone strike ordered by President Trump. U.S. officials had been tracking Soleimani as he traveled in the region. CBS News’ national security correspondent David Martin reports from the Pentagon. 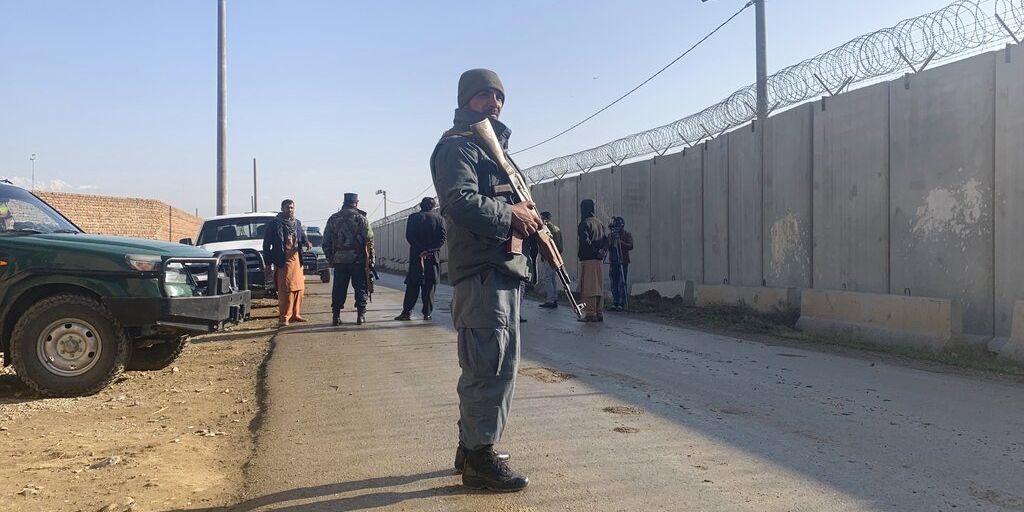 Two civilians were killed and more than 70 people were wounded in a suicide bombing for which the Taliban claimed responsibility Wednesday, targeting an under-construction medical facility near Bagram Air Base, the main American base north of the Afghan capital, the U.S. military said. 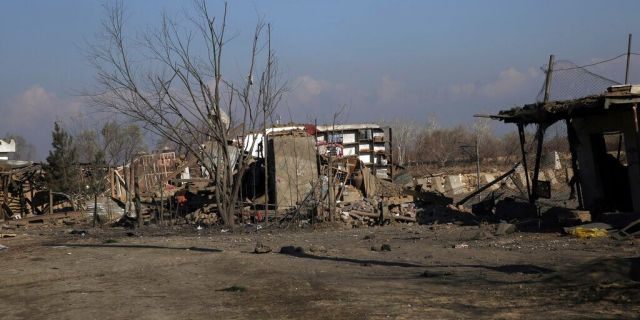 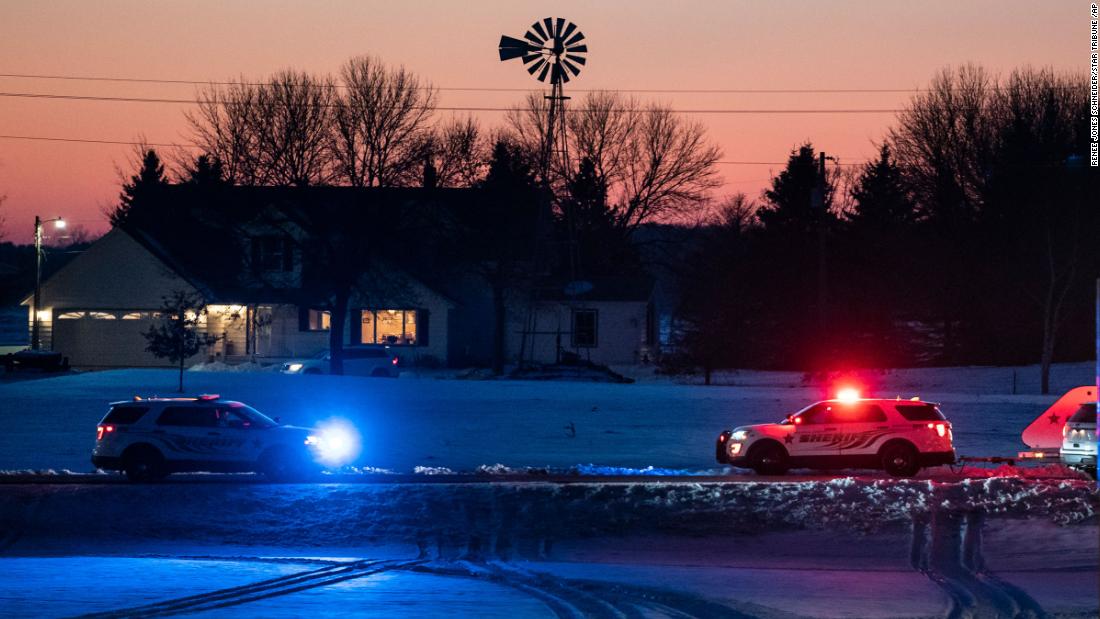 Three members of the Minnesota National Guard have died after the Black Hawk helicopter they were in crashed 16 miles southwest of St. Cloud, Minnesota, Gov. Tim Walz said at a news conference Thursday. 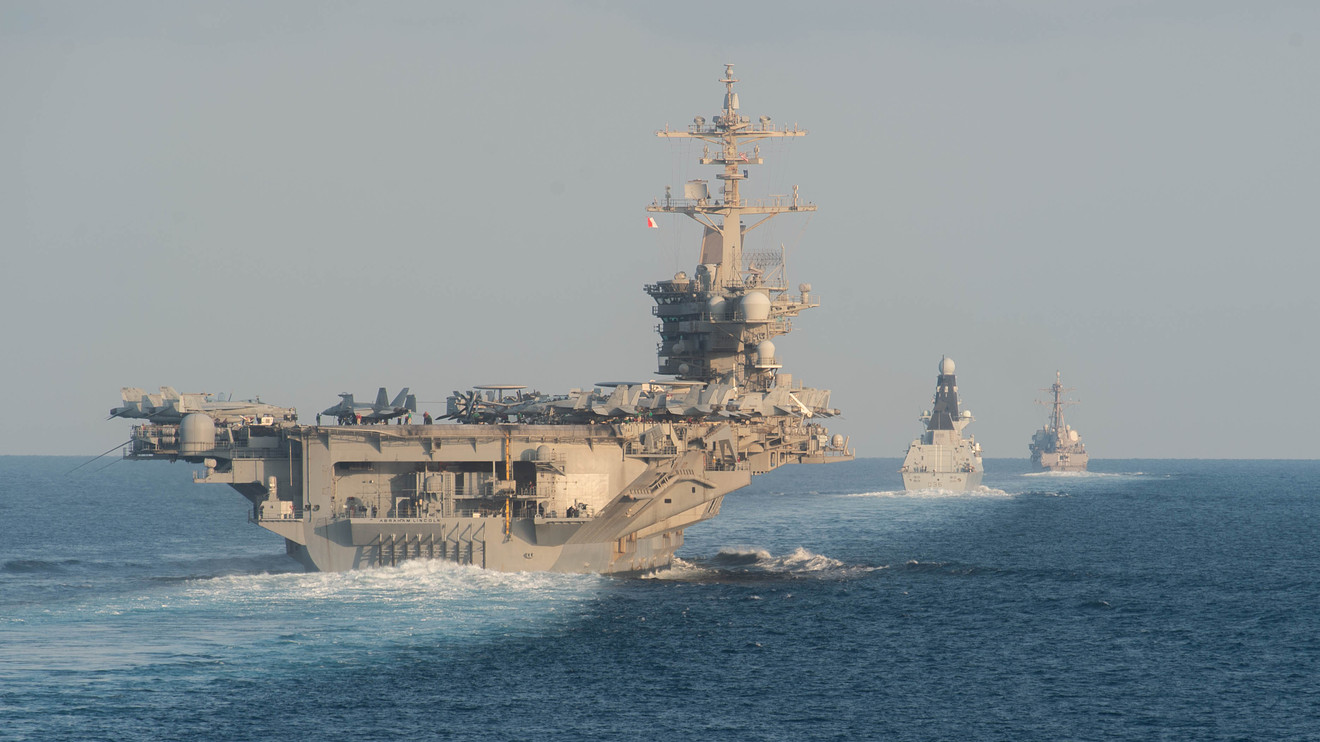 WASHINGTON — The Trump administration is considering a significant expansion of the U.S. military footprint in the Middle East, including dozens more ships, other military hardware and as many as 14,000 additional troops to counter Iran, U.S. officials said.

The deployment could double the number of U.S. military personnel who have been sent to the region since the start of a troop buildup in May. President Donald Trump is expected to make a decision on the new deployments as soon as this month, those officials said.

Trump, facing an election next year, has long sought to exit foreign entanglements and avoid new conflicts. But on Iran — and partly at the behest of Israel — he is convinced of the need to counter the threat his aides say Tehran poses, the officials said. He also could approve a smaller U.S. deployment, the officials said. 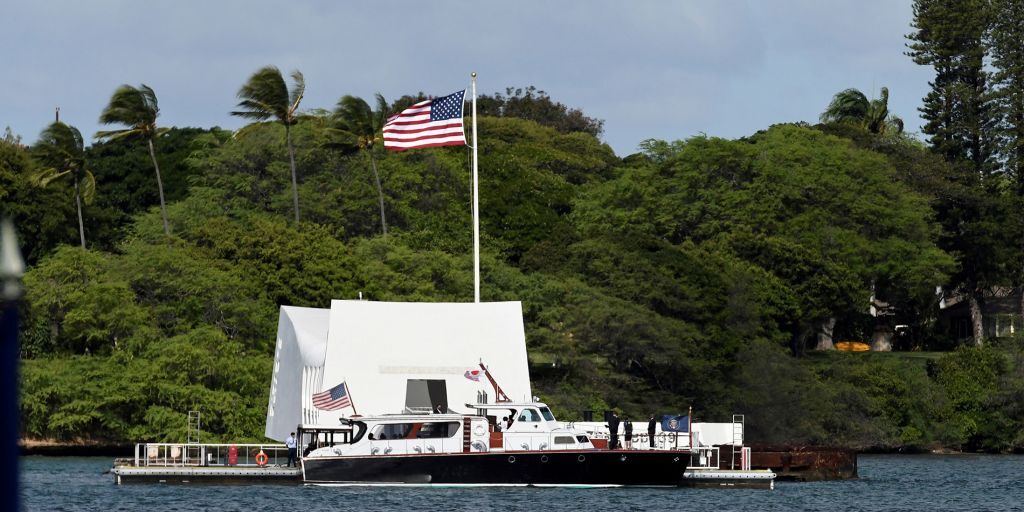 Pearl Harbor Naval Shipyard is on lockdown after reports of multiple gunshot victims and an active shooter situation.

A shooting at Pearl Harbor Naval Shipyard in Hawaii sent three people to the hospital Wednesday, sources told Fox News, adding that the scene was “under control as of now.”

It was not immediately clear whether the shooter was among those hospitalized.

The incident occurred at approximately 2:30 p.m. local time at Drydock 2.

Officials locked down buildings and a PA system urged anyone on base to take cover, Hawaii News Now reported. The lockdown was lifted around 4 p.m. local time.

The gates at Joint Base Pearl Harbor-Hickam were closed as first responders rushed to the scene, according to a tweet issued by the base. 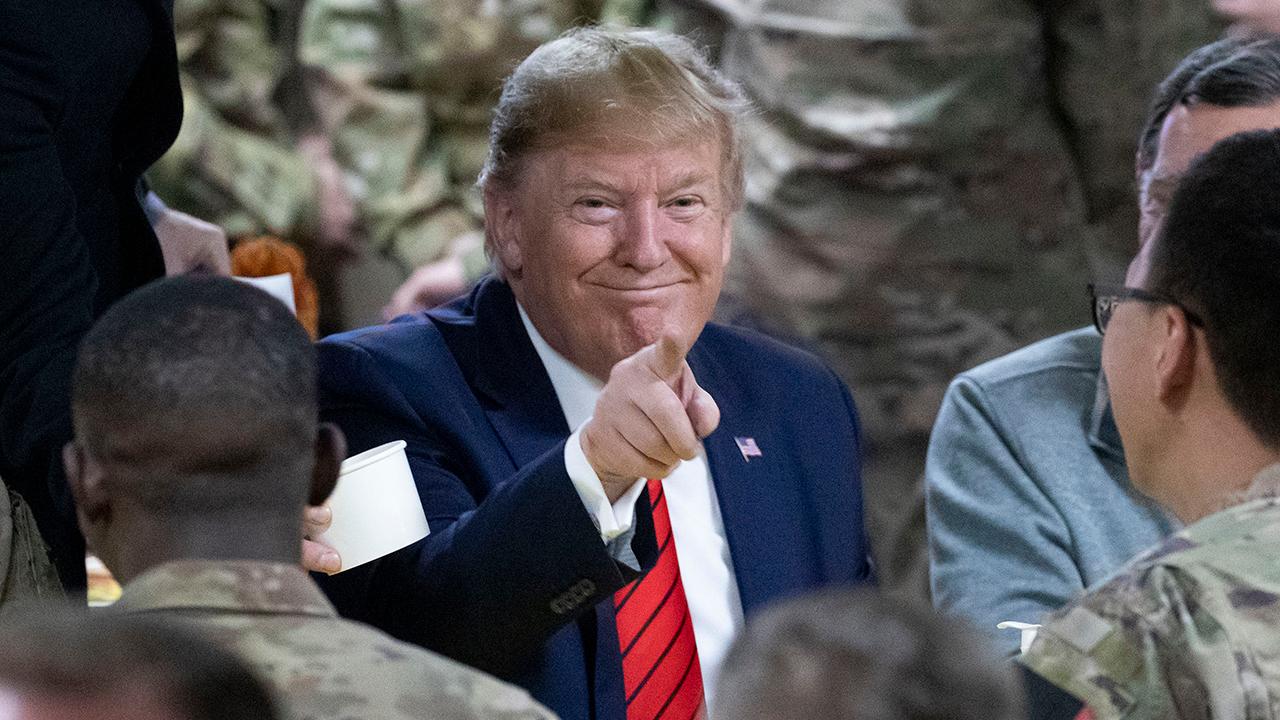 On a surprise trip to Afghanistan on Thursday, President Trump said that the United States has reopened peace talks with the Taliban – just three months after the president scuttled negotiations between Washington and the Afghan insurgents following a terror attack that killed 11 people, including one U.S. soldier.

Trump, who made his first trip to Afghanistan under a veil of secrecy for security reasons, told troops gathered at the Air Force base for Thanksgiving dinner that the Taliban “wants to make a deal very badly.”

“We’re going to stay until such time as we have a deal, or we have total victory, and they want to make a deal very badly,” Trump said. “The Taliban wants to make a deal — we’ll see if they make a deal. If they do, they do, and if they don’t they don’t. That’s fine.” 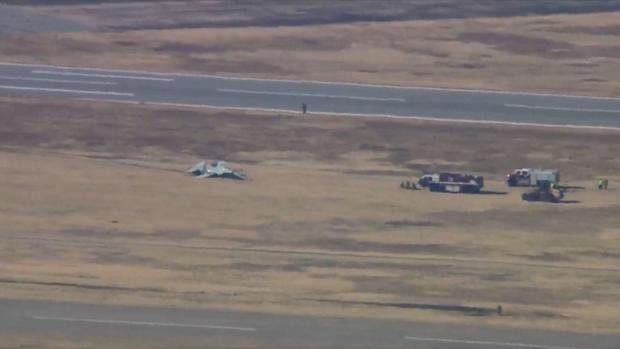 Two airmen were killed Thursday in an accident involving two jets at an Air Force base in northwestern Oklahoma, military officials said. Vance Air Force Base said in a statement that two T-38 Talons, each with two people aboard, were taking part in a training mission when the mishap occurred shortly after 9 a.m.

The military hasn’t released the conditions of the others involved or the names of the deceased. “All we can disclose is that there are two fatalities as a result of the crash,” said Airman Zoe Perkins with the base’s public

Secretary Wilkie holds a briefing at the White House 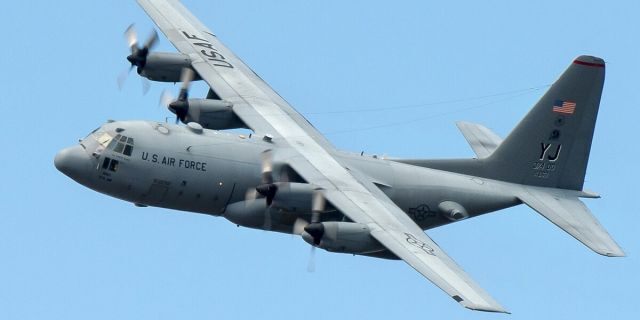 A U.S. Air Force airman went missing Tuesday after falling from a C-130 aircraft into the Gulf of Mexico off the Florida coast, according to reports.

The fall happened during a parachute-jump training exercise out of Hurlburt Field, Fla., according to Air Force Times.

U.S. Coast Guard personnel were assisting the Air Force as a search for the airman got underway in water about a mile and a half south of Santa Rosa Island, Fla., along the Florida Panhandle, WKRG-TV of Mobile, Ala., reported. 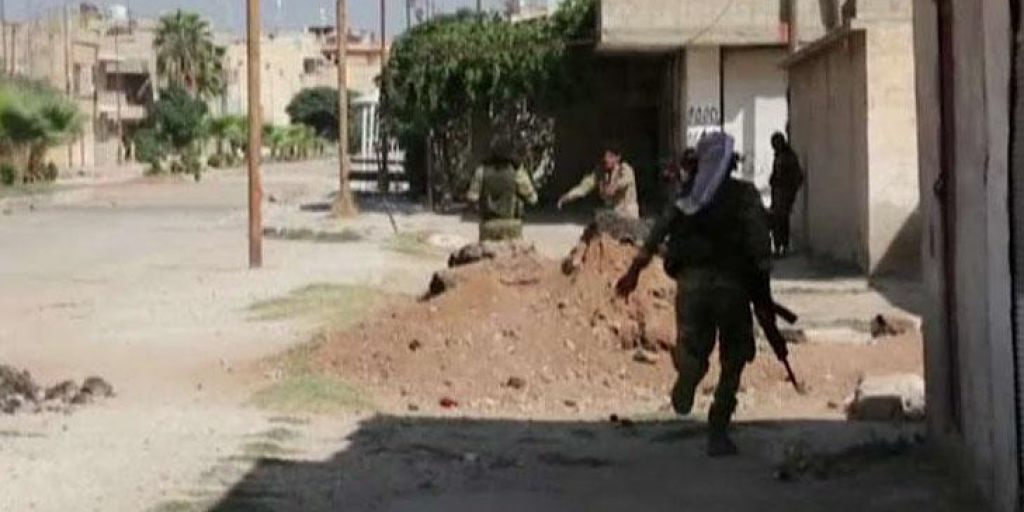 Fresh airstrikes from Turkey reportedly targeted civilians and a group of foreign reporters in the Syrian border town of Ras al-Ayn, according to monitoring groups and Syrian Kurdish officials.

The Syrian Observatory of Human Rights said the airstrike killed at least nine people – including five civilians on Sunday, while other reports claimed that the convoy included foreign journalists, according to Haaretz. 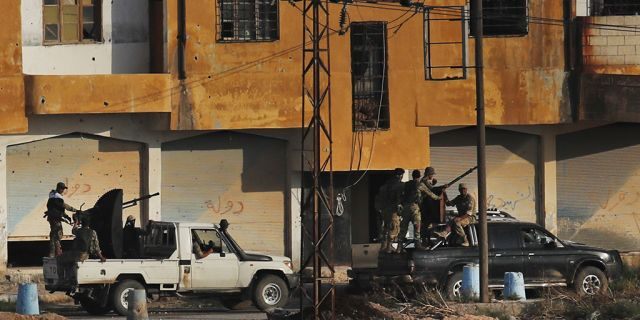 A spokesman for the Kurdish forces put the death toll at 11 killed and more than 74 injured, but it was not immediately clear how many were civilians. 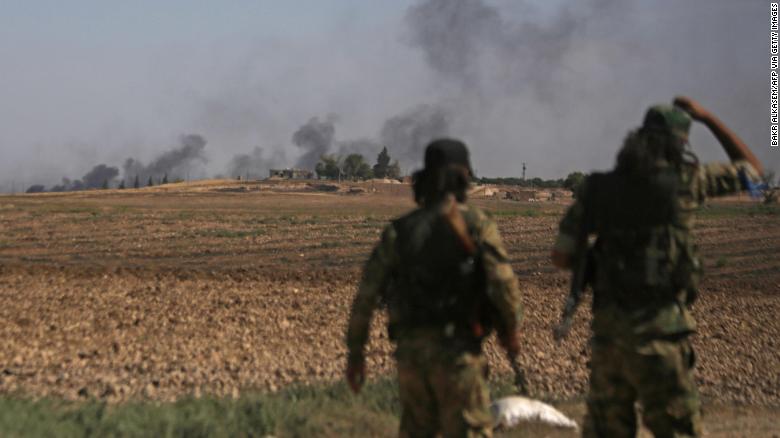 The withdrawal order comes as Turkish forces are pushing further south into Syria. 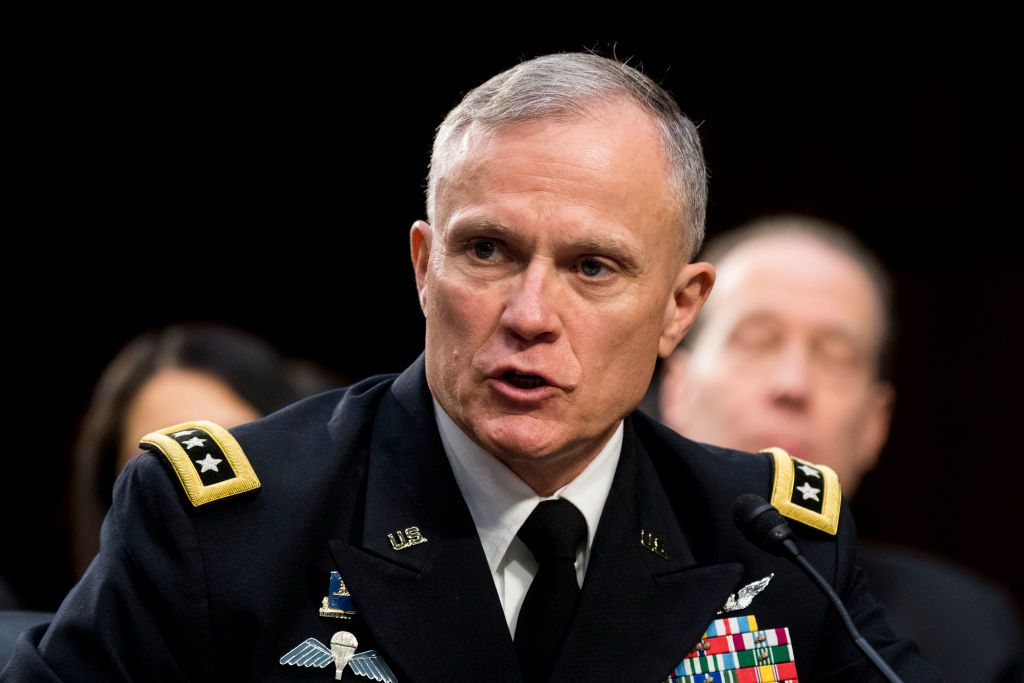