A district notification said the closure will be in place as “an abundance of caution and until the investigation can be thoroughly completed.”

Two Pittsburgh Catholic schools will be closing at the end of the school year due to continuing enrollment declines and mounting school and parish debt, the Diocese of Pittsburgh confirmed on Friday. 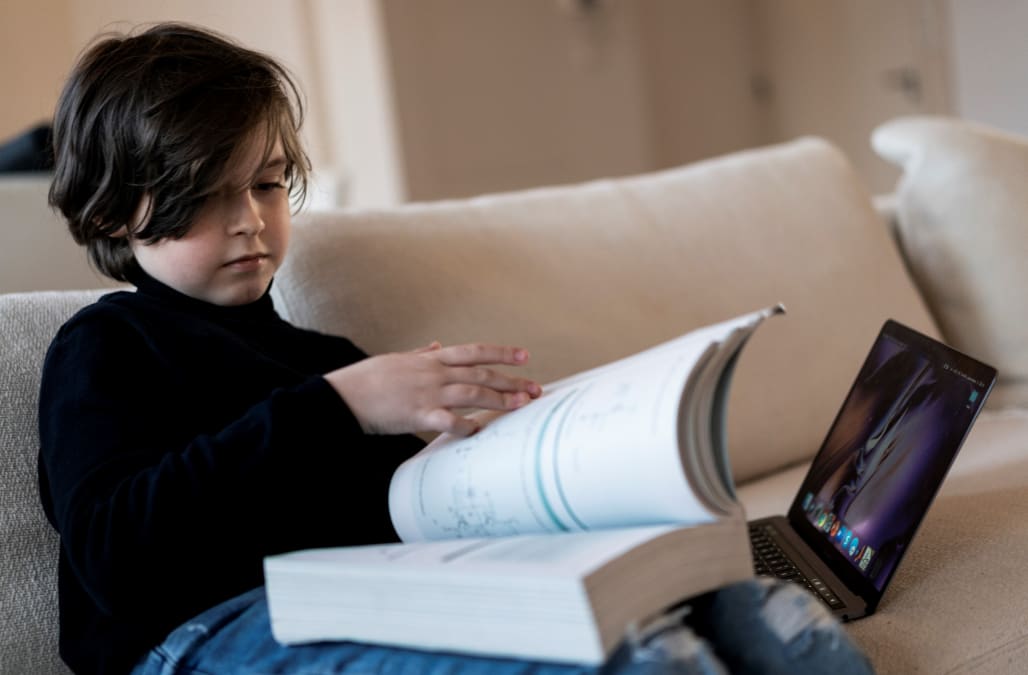 A child prodigy was on track to be the youngest person to graduate from college until, his parents claim, the school veered off course.

Source: 9-year-old prodigy dropped out of college after learning he wouldn’t graduate before he turned 10

Aside from being a top-down review of the district’s finances, the plan brings in community groups to help give expertise and possibly money to improve issues in the district.

The community groups stepping up to help: UPMC Children’s Hospital, Achieva, Heinz Endowment, CCAC and the Buhl Foundation, to name a few.

Over the next six months, the district will work with a specific group to figure out plans to improve classrooms and get students ready for the jobs of tomorrow.

JOHNSTOWN, Pa. (WTAJ) –Johnstown High School  was under a “shelter in place” causing dismissal to be delayed Friday.

Police were on the scene to handle a situation in the Moxham neighborhood of Johnstown.

The Laurel Highlands School District superintendent says precautions have been taken after a couple of families reported bedbugs, and more work is being done.

In addition to the treatment at the high school, an exterminator will treat all buildings in the Laurel Highlands School District through the weekend. All buses and vans will be treated by Saturday.

Parents are being told to clean students’ book bags and to not use those bags until Tuesday.

The school district said the state health department is not recommending closure of the building, but any individual students can be excused with written permission from a parent or guardian.

Some parents told Pittsburgh’s Action News 4 they were upset they were not notified sooner and that classes are not being canceled during the treatment of the buildings and vehicles.

More: Click here to read a letter from the Laurel Highlands superintendent

Sen. Elizabeth Warren, D-Mass., suggested this week that a school principal effectively fired her from a teaching job after she became “visibly pregnant,” but a resurfaced video indicates that wasn’t the actual reason she left the job.

Family accuses officials at Fiske Elementary School of kicking a nine-year-old boy out into the cold without a coat, after he’d repeatedly complained of being bullied

Source: Fiske Elementary School in Chicago accused of kicking 9-year-old out into the cold, reporting him missing – CBS News

PITTSBURGH (KDKA) — Hundreds of credit cards issued by the district to teachers and staff have questionable oversight and controls.

Procurement cards, or p-cards for short, are school district-issued credit cards for the purchases of last-minute supplies.

They are a convenient and streamlined way of keeping the wheels of education turning.

A KDKA investigation has found that the Pittsburgh Public Schools have issued no less than 650 of these cards to teachers and staff, who are racking up millions of dollars of purchases every year.

And while the cards are not supposed to be used for personal purchases, Controller Michael Lamb says it’s a system of loose oversight and controls that IS based mainly on trust.

“When you have that many cards, you lose control,” Lamb said. “And when the proper procedures aren’t in place, you create the opportunity for fraud. And that’s what you have in the school district right now.”

PITTSBURGH – Pittsburgh Public Schools are investigating after possible marijuana-laced desserts were discovered at a high school.

Channel 11 has learned marijuana may have been baked into what appeared to be brownies and Rice Krispies Treats at Taylor Allderdice High School.

16 people are talking about this

The discovery was made on the same day Gov. Tom Wolf announces his support for legalizing marijuana for adults over the age of 18.

The normally quiet Fox Chapel School District has become a hotbed of controversy.

A criminal complaint said Jennifer Murawski, 38, of Monroeville, took $3,600 from book fairs at Evergreen Elementary School and Moss Side Middle School in the Gateway School District.

The complaint said she took another $7,300 directly from the Mosside Family-Teacher Organization bank account.

The University of Pittsburgh is suspending a program that brought Chinese students to Pittsburgh to teach Mandarin to K-12 schools in the area.

The suspension of the program came after U.S. State Department required changes to the program, including more oversight of the instructors and how paperwork was submitted for visas. Belkys Torres, the executive director of global engagement at Pitt, said these changes stemmed from an audit conducted by the U.S. Department of State’s Office of Private Sector Exchange Program Administration (OPA) last fall.

The gilded outer coffin has been removed from the king’s tomb for the first time since it was discovered in 1922 and it will take eight months to restore weaknesses in the plaster.

Tutankhamun, known as the “Golden Pharaoh”, was an 18th dynasty king who ruled from the age of eight to 19. He died in 1324BC and is best known for being the first royal tomb to be discovered almost entirely intact.

Eight teens were hospitalized in July with seriously damaged lungs in Wisconsin, the state Department of Health Services reported Thursday.

“We suspect that these injuries were caused by vaping,” said Dr. Michael Gutzeit, chief medical officer at Children’s Hospital of Wisconsin where the teens were admitted, at a press conference.

Their symptoms, including cough, shortness of breath, and fatigue, worsened over days or weeks before the patients arrived at Children’s Hospital. Some reported fever, anorexia, chest pain, nausea and diarrhea. Scans and X-rays showed inflammation or swelling throughout both lungs, said Gutzeit.

All eight patients, who live in Milwaukee, Waukesha and Winnebago counties, tested negative for infectious diseases and reported vaping in the weeks and months before their hospital admission.

“The severity of health condition has varied, with some patients needing assistance in order to breathe,” said Gutzeit. He added that the teens have shown improvement after treatment, but any long-term effects are not yet known. With “an exponential increase in the number of teens vaping,” Gutzeit is concerned that more teens will develop similar lung damage that requires hospital treatment.

(CNN)The Wyoming Valley West School District in Pennsylvania sent out hundreds of letters this week telling parents who had lunch debt to pay or their children could go into foster care.

The letter, which was reviewed by CNN, told parents that there have been “multiple letters sent home with your child” and that no payments had been made.

“Your child has been sent to school every day without money and without a breakfast and/or lunch,” the letter read. It also said failure to provide children with food could result in parents being sent to Dependency Court.

Source: Pennsylvania school district tells parents to pay their lunch debt, or their kids will go into foster care – CNN

Fernando Corbató, whose work on computer time-sharing in the 1960s helped pave the way for the personal computer, as well as the computer password, died on Friday at a nursing home in Newburyport, Mass. He was 93.

His wife, Emily Corbató, said the cause was complications of diabetes. At his death he was a professor emeritus at the Massachusetts Institute of Technology.

Dr. Corbató, who spent his entire career at M.I.T., oversaw a project in the early 1960s called the Compatible Time-Sharing System, or C.T.S.S., which allowed multiple users in different locations to access a single computer simultaneously through telephone lines.

At the time, computing was done in large batches, and users typically had to wait until the next day to get the results of a computation.

Gov. Wolf says teachers cannot be considered security personnel, and aren’t authorized to be armed in schools under any law in Pennsylvania.