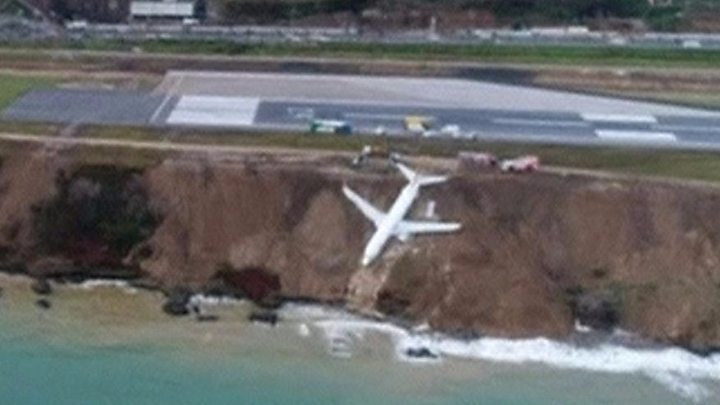 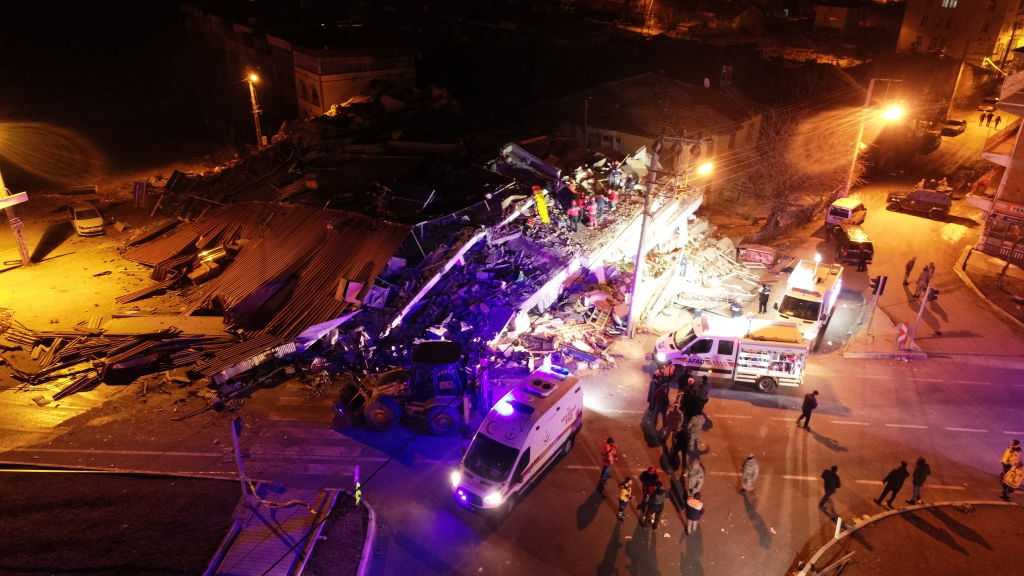 Buildings have collapsed and several people are believed to be trapped. 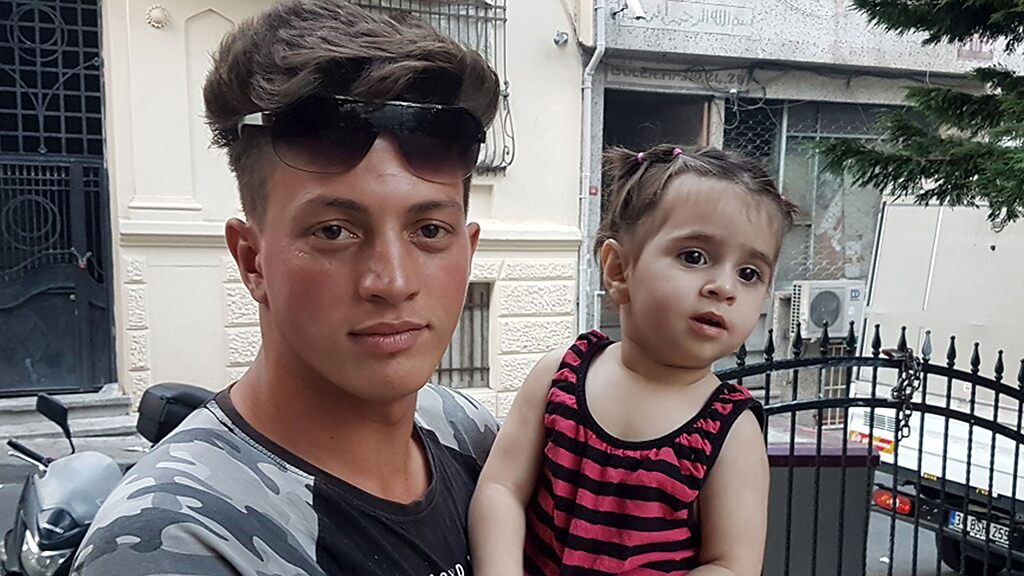 A young Algerian man is being hailed a hero after a video of him catching a young girl who fell from the second-floor window of a Turkish building has gone viral.

A youth uses binoculars to look at Turkish army tanks holding positions, near the border with Syria, in the outskirts of the village of Elbeyi, east of the town of Kilis, in southeastern Turkey, Thursday, July 23, 2015. Suspected Islamic State militants fired at a Turkish military outpost from a region under IS control, inside Syrian territory Thursday, killing a Turkish soldier and wounding two others, an official said. Turkish troops retaliated to the attack and at least one IS militant was killed, amid a surge of violence in Turkey following a suicide bomb attack near Turkey’s border with Syria which killed 32 people. | Emrah Gurel AP Photo

Turkey has agreed to let the U.S. military launch airstrikes against the Islamic State from a key air base near the Syrian border, senior U.S. officials said Thursday, giving a boost to the U.S.-led coalition while drawing Turkey deeper into the conflict.

President Barack Obama and Turkish President Recep Tayyip Erdogan finalized the deal in a phone call Wednesday, officials said, following months of U.S. appeals and delicate negotiations over the use of Incirlik and other bases in Turkey. Frustrated by Obama’s focus on fighting IS instead of Syrian President Bashar Assad, Turkey’s government had resisted the move, but in recent days a surge in Islamic State activity in Turkey has brought concerns about the militant group to the forefront.

American officials said access to the base in southern Turkey, not far from IS strongholds across the border in Syria, would allow the U.S. to move more swiftly and nimbly against IS targets. If the agreement holds, the U.S.-led coalition will be positioned to conduct better surveillance over Syria and act quicker on intelligence than when it was limited to launching flights from places like Iraq, Jordan and the Gulf states.

Under the deal, the U.S. military will be allowed to launch manned and unmanned flights from Incirlik; in the past, only unmanned drone flights were allowed.

Turkey has yet to publicly confirm the agreement, which U.S. officials discussed on condition of anonymity because they weren’t authorized to comment publicly. Citing operational security, the White House declined to confirm the agreement, but noted that Obama and Erdogan had agreed to “deepen our cooperation” against IS in their phone call Wednesday.

“Turkey is a critical partner in degrading and defeating ISIL, and we appreciate the essential support Turkey provides to the international coalition across the many lines of effort,” said Alistair Baskey, a spokesman for the White House’s National Security Council, using an alternative acronym for the militant group.

Incirlik Air Base, located across the border from the Syrian city of Aleppo, is a joint U.S.-Turkish installation that houses the U.S. Air Force’s 39th Air Base Wing. Its proximity to IS-controlled territory in Syria — including Raqqa, the group’s de facto capital — makes it an attractive launching pad for U.S. airstrikes against IS. Turkey shares a 1,250-kilometer (775-mile) border with Syria and with Iraq, where IS also controls broad swaths of territory.

Turkey, a NATO ally and onetime close U.S. partner, has resisted getting embroiled too deeply in the U.S.-led fight against IS. The move to allow Turkish soil to be used to launch U.S. airstrikes appeared to mark a significant shift in approach.

Although Turkey is part of the U.S.-led coalition, it has limited its role out of concern that Washington’s overall strategy for Syria is flawed. To Turkey’s dismay, Obama has prioritized fighting IS over opposing Assad in Syria’s civil war. For months, as the U.S. requested consent to strike from Incirlik, Turkey held off, while continuing to press Obama to broaden his mission.

It was unclear whether Turkey had extracted a commitment from the U.S. to take on Assad more aggressively in exchange for using Incirlik. But in an apparent nod to Turkey’s priorities, the White House said Obama and Erdogan had also decided to deepen cooperation on “our work to bring about a political settlement to the conflict in Syria.”

Turkey’s shift on Incirlik came as the country is on higher alert following a series of deadly attacks and unsettling signs of increased IS activity in Turkey.

On Friday, Turkey’s state-run television reported that Turkish warplanes struck Islamic State group targets across the border in Syria. The station did not cite a source for the report and there was no official confirmation of the airstrikes.

The day before, IS militants fired from Syrian territory at a Turkish military outpost, killing one Turkish soldier and prompting Turkish retaliation that killed at least one IS militant. Earlier in the week, a suicide bombing blamed on IS militants killed 32 people in southeastern Turkey, near the Syrian border.

The agreement to deepen cooperation between the U.S. and Turkey was a promising sign for two countries whose relations have grown strained in recent years. The U.S. and Western countries have long been pressing Erdogan’s government to do more to stop foreign fighters from crossing through Turkey into Syria and Iraq to join IS, with some analysts suggesting Turkey was looking the other way because the Islamic State is also fighting Assad.

“Turkey has also taken many important steps to curb the flow of foreign fighters,” Pentagon spokesman Capt. Jeff Davis said in a statement Thursday, adding that the foreign fighter problem is not Turkey’s alone.

Turkish officials have also raised concerns that cracking down on IS operations could prompt retaliation against Turkey, a fear that gained fresh currency following Monday’s deadly bombing. In the last six months, Turkish officials say, more than 500 people suspected of working with IS have been detained.

Source: Turkey allows US to use key air base to strike Islamic State | Miami Herald