On Oct. 30, I reported that the Department of Justice had assigned an FBI Special Agent in Charge, or SAC, to review Rep. Ilhan Omar’s apparent, astonishing spree of felonies from 2009 to 2017.

This is related to evidence suggesting that Rep. Omar’s 2009 marriage to a UK citizen may have been an attempt to facilitate federal student loan fraud, or other fraud involving higher education.

Incredibly — according to address records, and a statement from Omar herself — she was also still living with her first husband, and their two kids, throughout this second marriage.

● In 2017, Omar finally filed for divorce. Under penalty of perjury, she submitted a nine-question form to the court attesting to having lost all contact with her NDSU husband in June 2011.

Dozens of verified social media posts, photos, and even a 2016 interview with the NDSU husband indicate otherwise. It appears Omar perjured herself eight times answering those nine questions.

(Click here for analysis of an additional court document Omar submitted, which suggests the likely motive for Omar taking such a risk. Each instance of perjury in Minnesota can receive a sentence of five years.)

● This is related to evidence suggesting a breathtaking number of possible immigration-related felonies. As I stated in an introductory passage within my July 18 article:

The [following] answers to those questions about [Rep. Omar’s 2009 marriage] appear to give probable cause to investigate Omar for eight instances of perjury, immigration fraud, marriage fraud, up to eight years of state and federal tax fraud, two years of federal student loan fraud, and even bigamy.

To be clear: The facts describe perhaps the most extensive spree of illegal misconduct committed by a House member in American history.

The involvement of ICE with a possible criminal investigation could hardly be of greater political import to Omar.

For several years, Omar has vigorously supported the abolishment of ICE. Her 2020 re-election platform — featured on her campaign site, and pictured below — targets ICE agents with vicious rhetoric that simply must be read by interested parties.

States Omar’s site: “Immigration and Customs Enforcement (ICE) is an unreformable organization that has become increasingly militarized, brutal, and unaccountable.”

Source: Finally. The Feds — including ICE — appear to be investigating Ilhan Omar. – TheBlaze 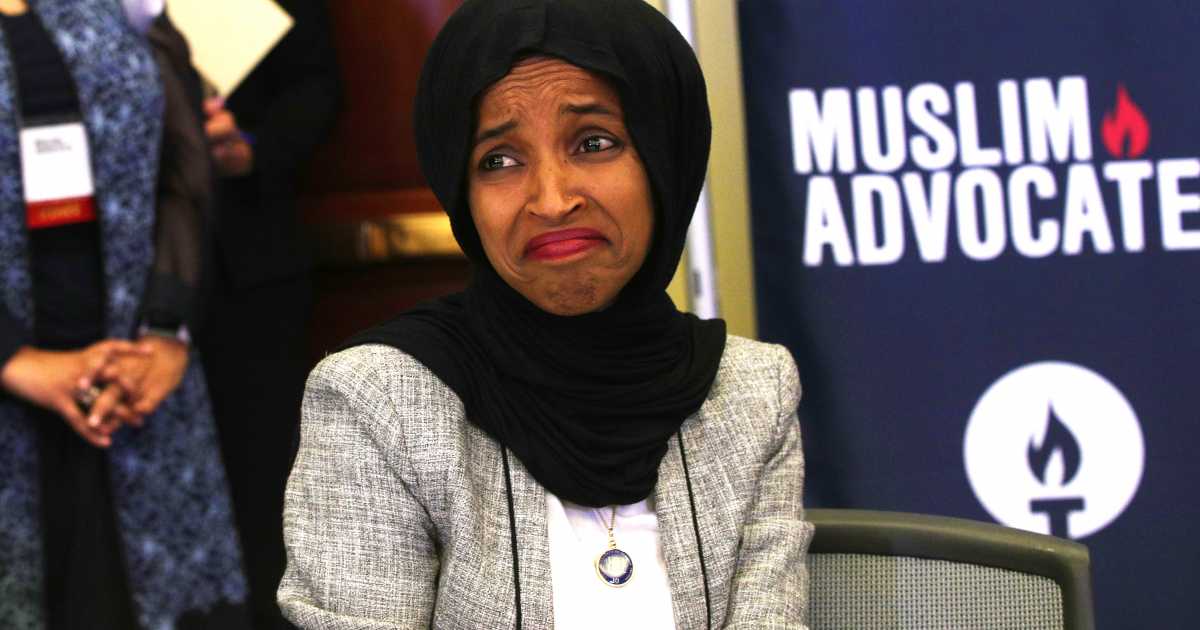 Newly discovered official documents released on Sunday suggest that Rep. Ilhan Omar (D-MN) lived with her current husband Ahmed Abdisalan Hirsi during the entire time that she was legally married to Ahmed Nur Said Elmi, the man that critics allege is her brother.