Netflix picked up “Manifest” from NBC after the show was canceled. The fourth season will feature 20 episodes, the most of any season so far.

The streamer has also announced that this upcoming new season will consist of 20 episodes, which is more than any one season received on NBC. (The first consisted of 16 episodes, while the second and third consisted of 13 episodes each.) Whether all 20 are released at once or in multiple parts was not announced.

“Manifest” follows various passengers from fictional flight Montego Air 828 who experience a severe bout of turbulence while flying from Jamaica to New York City, only when they land, they learn that five and a half years actually passed — and they have returned with the special ability to see glimpses of events to come.

Manifest is still flying around Netflix even after the cancellation.

Manifest entered its 23rd straight day as the #1 show on Netflix on July 5, according to Forbes, and it’s still holding that spot on July 8 and could become the most popular show on the streamer. The series is officially tied with Tiger King, which was also #1 for 27 days, meaning it just needs to beat out Ginny & Georgia, which Forbes reports was #1 for 29 days. Out of the five most-watched adult-targeted programs on Netflix, Manifest is the only non-Netflix show, which really says a lot. And makes many wonder why Netflix chose to pass on the series.

Shortly after NBC cancelled Manifest, many fans were hopeful that the show would find new life on Netflix, considering how well it was doing. There’s also the fact that Netflix promoted the first two seasons multiple times on their social media pages. However, just a week after NBC cancelled Manifest, news broke that Netflix passed on the series as well, which came to a surprise to many fans since it was, and still is, the #1 show on the platform. 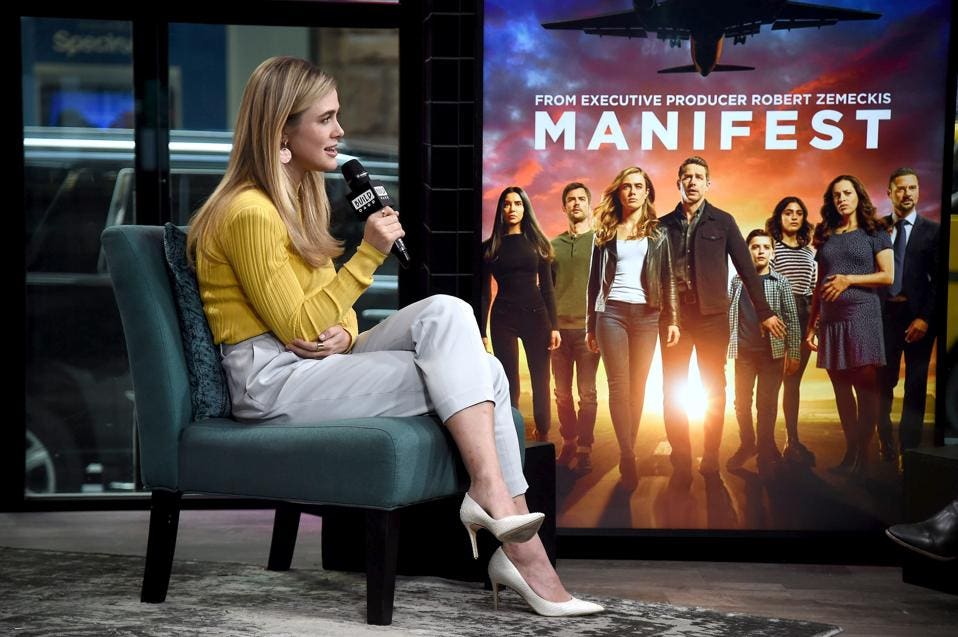 As the show continues to dominate the Top 10 charts, we must ask: Is Manifest the most popular series on Netflix…ever?

Something unprecedented is happening over on Netflix right now. Manifest is in the midst of a historic run on the Top 10 charts, as the program just completed its 23rd consecutive day in the #1 position—a feat only two other shows have accomplished: Ginny & Georgia and Tiger King.

And as the show inches closer and closer to claiming the best streak ever, we must ask: is Manifest the most popular series on Netflix…ever?

The world’s biggest streaming service has produced several shows over the past few years that were mega-hits—but it’s difficult to determine exactly which one was the most popular. The streaming service claims that Bridgerton had a record 82 million views in its first 28 days. But Bridgerton was only able to overtake The Witcher’s previous record of 76 million views because Netflix’s subscriber base had grown so exponentially during the coronavirus pandemic.

Then we have to consider the Top 10 charts. Last year, I formed a points-based system that allowed me to rank every show’s popularity based on their Top 10 placements each day (here are the 2021 rankings, in case you’re curious). And while this system doesn’t give us hard numbers, it does let us know which shows have been the most consistently popular on Netflix.

Source: ‘Manifest’ Could Become Netflix’s Most Popular Show Ever

‘Manifest’ stars Josh Dallas, Melissa Roxburgh and others are speaking up about NBC’s cancellation of the supernatural drama.

Manifest has officially reached the end of the runway, meaning those underlying questions about Flight 828 and everything that unfolded after its mysterious return will remain unresolved.

TVLine confirmed Monday that talks with Netflix and other potential suitors fell through, ending a week-long campaign to save the series following NBC’s cancellation after three seasons.

We honestly are stunned that the show didn’t get renewed.

Source: Is ‘Manifest” Canceled Ahead of Season 4? – Why Was ‘Manifest’ Canceled by NBC?

EXCLUSIVE: NBC has opted not to renew missing-plane drama series Manifest for a fourth season. The decision came down Monday night, just hours before the options on the cast were to expire Tuesday and amid a strong showing of Manifest on Netflix, where it has been No. 1 in the U.S. for the past three days.

Manifest, from Warner Bros. TV and Universal TV, was the highest-rated on linear among NBC’s four bubble shows by a wide margin, especially in total viewers. Of the four, three — Debris, Zoey’s Extraordinary Playlist and now Manifest, have been canceled. The remaining series, Good Girls, is looking good for renewal.

Manifest was conceived by creator Jeff Rake and was sold to NBC with a six-season plan that has been mapped out. That plan — and fans’ three years of devoted following — will fall through unless another network/platform steps in to pick up the series following its NBC cancellation.