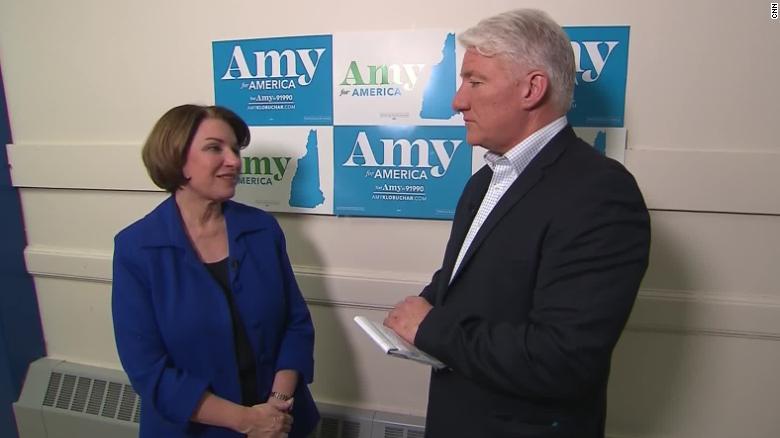 Exeter, New Hampshire (CNN)Sen. Amy Klobuchar had a request of the overflow crowd gathered to see her on the eve of the New Hampshire primary: Surprise the country on Tuesday.

“So, as you probably heard, we’re on a bit of a surge,” she said. “To think this all happened in New Hampshire, well, maybe I am not surprised.”
Tuesday’s primary is a crucial day for Klobuchar, who after placing fifth in the Iowa caucuses, turned in a strong performance at Friday’s debate that boosted her fundraising and has given her campaign a sense of much-needed momentum.
A stronger-than-expected showing could keep her competitive in a Democratic primary that soon turns to much tougher terrain for the Minnesota senator: Nevada and South Carolina. Klobuchar has not registered any support with non-white voters in recent polls, and her campaign has not invested in those two states compared to Iowa and New Hampshire.
Visit CNN’s Election Center for full coverage of the 2020 race

Source: Klobuchar draws crowds in New Hampshire as she hopes for a surge in Tuesday’s primary – CNNPolitics