HEMPFIELD TOWNSHIP, Pa. (KDKA) – Police are looking for a suspect accused of stealing an older woman’s pocketbook while she was eating lunch at Panera, then going on a shopping spree.

Police say on Nov. 27 around 11:30 a.m., a 71-year-old woman was eating lunch a Panera Bread in Hempfield Township. The suspect allegedly took the 71-year-old’s pocketbook from her purse.

Pictured female used a stolen cc to buy an IPAD for $1059 @ Best Buy Hempfield Twp. The stolen card belonged to a 71 YOA female that had her purse stolen while she was eating at Panera Bread Hempfield Twp on 11/27. Anyone w/ info call Tpr Mitchell 724-832-3288 pic.twitter.com/9ToBmjKoOs

The suspect then allegedly went to a Best Buy in Hempfield Township and bought an iPad for nearly $1,060. She’s accused of using the victim’s stolen credit card to make the purchase.

The suspect pictured in photos shared by state police is a white woman with medium-length light brown hair. At the time of the theft, she was wearing a black puffer coat with a furry hood and was carrying a silver crossbody purse.

In his closing statement, Rep. Doug Collins comes to President Trump’s defense, and says the Democrats have not revealed sufficient evidence to support the impeachment inquiry. » Subscribe to NBC News: http://nbcnews.to/SubscribeToNBC

Nancy Pelosi lashed out at a reporter for asking if she hated Donald Trump after her statement announcing that the Democrats would move forward with articles of impeachment against the president. ‘As a Catholic, I resent your using the word “hate” in a sentence that addresses me,’ she said. ‘I don’t hate anyone … I pray for the president all the time.’ Nancy Pelosi on impeachment: Trump ‘leaves us no choice but to act’ – live

WASHINGTON — The Trump administration is considering a significant expansion of the U.S. military footprint in the Middle East, including dozens more ships, other military hardware and as many as 14,000 additional troops to counter Iran, U.S. officials said.

The deployment could double the number of U.S. military personnel who have been sent to the region since the start of a troop buildup in May. President Donald Trump is expected to make a decision on the new deployments as soon as this month, those officials said.

Trump, facing an election next year, has long sought to exit foreign entanglements and avoid new conflicts. But on Iran — and partly at the behest of Israel — he is convinced of the need to counter the threat his aides say Tehran poses, the officials said. He also could approve a smaller U.S. deployment, the officials said.

Each of the 160 hotel rooms has multi-use fitness bar

Prepare for protests: France’s nationwide strikes over pension reform on Thursday could be the biggest since 1995, when the country came to a standstill after President Jacques Chirac also tried to overhaul its retirement system.Coming up: A range of workers and trade unions are expected to take to the streets to demonstrate against the pension system, with thousands expected to take part.

Paris’ famed boulevards continue to fill with people but it isn’t the only French city where mass demonstrations are taking place today.

Julian V. Cancro, 37, of Greensburg, and Matthew T. Caughey, 46, of Youngwood, were charged with drug delivery resulting in death in connection with the Aug. 30 death of Darice R. Franke, 48.

Police were called to Cancro’s apartment on the 500 block of Highland Avenue at 4:22 a.m. Aug. 29 for a report of a woman who had overdosed. Detective Sgt. John Swank said Franke was “unresponsive” on the bathroom floor with two empty stamp bags of heroin and a hypodermic needle lying nearby.

Franke, who has lived in Greensburg and Jeannette, was taken by ambulance to Excela Health Westmoreland hospital in Greensburg where she died the next day, Swank reported.

(WKBN) – Some Ready-to-eat salads, sushi and spring rolls sold at several retailers in Ohio and other states are being recalled.

The recalled salads were produced by Fuji Food Products and distributed to Giant Eagle, Trader Joe’s, Walgreens and other outlets.

The products are being voluntarily recalled because they could have been contaminated with listeria during production.

The problem was discovered in Fuji’s Brockton, Massachusetts, facility during a routine inspection by the FDA, but no illnesses have been reported.

Exposure to listeria can cause serious and sometimes fatal infections in young children, elderly people and those with weakened immune systems.

Consumers who purchased any of the products should not eat them and should discard or return them.

Source: Some ready-to-eat salads recalled from Giant Eagle and others | WKBN.com

At least one person was injured Wednesday when someone opened fire on the Jackson State University campus in Mississippi. A university spokesman said an individual was shot in the leg.

Source: At least 1 injured in shooting at Jackson State University

Pearl Harbor Naval Shipyard is on lockdown after reports of multiple gunshot victims and an active shooter situation.

A shooting at Pearl Harbor Naval Shipyard in Hawaii sent three people to the hospital Wednesday, sources told Fox News, adding that the scene was “under control as of now.”

It was not immediately clear whether the shooter was among those hospitalized.

The incident occurred at approximately 2:30 p.m. local time at Drydock 2.

Officials locked down buildings and a PA system urged anyone on base to take cover, Hawaii News Now reported. The lockdown was lifted around 4 p.m. local time.

The gates at Joint Base Pearl Harbor-Hickam were closed as first responders rushed to the scene, according to a tweet issued by the base.

Emergency crews rushed to the scene of a reported fatal crash in McCandless early this morning.

PITTSBURGH (KDKA) — Emergency crews rushed to the scene of a reported fatal crash in McCandless early this morning.

The crash was reported around 8 a.m. at Cumberland Road and Babcock Boulevard. It was slowing traffic in both directions.

The Allegheny County Medical Examiner’s Office was also called to the scene. 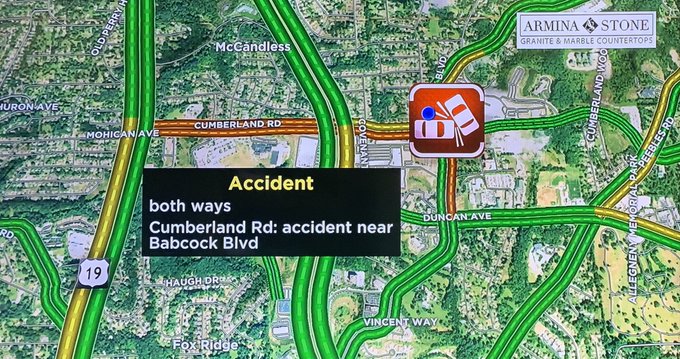 Actor Jason Momoa, best known for starring as DC Comics’ “Aquaman,” is coming to Pittsburgh to shoot a new feature film for Netflix.

The Trump administration Wednesday formalized work requirements for recipients of food stamps, a move that will cause hundreds of thousands of people to lose access to the Supplemental Nutrition Assistance Program or SNAP.

Agriculture Secretary Sonny Perdue and Brandon Lipps, the deputy undersecretary for the USDA’s Food Nutrition and Consumer Services, spent about 18 minutes on a call with reporters outlining the changes to the rule that will take effect April 1.

“We’re taking action to reform our SNAP program in order to restore the dignity of work to a sizable segment of our population and be respectful of the taxpayers who fund the program,” Perdue said. “Americans are generous people who believe it is their responsibility to help their fellow citizens when they encounter a difficult stretch. That’s the commitment behind SNAP, but, like other welfare programs, it was never intended to be a way of life.”

Cryodynamic facility to open in 2021, bring more than 100 jobs

Aside from being a top-down review of the district’s finances, the plan brings in community groups to help give expertise and possibly money to improve issues in the district.

The community groups stepping up to help: UPMC Children’s Hospital, Achieva, Heinz Endowment, CCAC and the Buhl Foundation, to name a few.

Over the next six months, the district will work with a specific group to figure out plans to improve classrooms and get students ready for the jobs of tomorrow.

Advisory will be in effect from noon today until 9 a.m. tomorrow. Snow along the ridges.

Source: Trump says he will meet with British leader Boris Johnson, vows to ‘stay out’ of UK elections | TheHill

The fire broke out in a home at the end of a secluded road where an elderly couple lived.

When firefighters arrived the wife was out of the home but her husband was not able to make it out.

Firefighters had to go in to rescue him. The first time they tried to reach him, the smoke was heavy and they had to wait for a pumper truck to arrive.

“And they had said that there was entrapment inside the house,” said Chief Michael McLaughlin, of the Peters Township Fire Department.

A neighbor called 911 shortly before 5:30 p.m. after seeing smoke coming from the home at the end of the street on Clara Lane.

Neighbors told fire crews that an elderly couple lived at the end of the cul-de-sac. The wife had made it out, but her husband was still inside.

“We stretched the line into the house and we were able to stretch the line and continue our search, they found a victim at that time, inside of the house,” Chief McLaughlin said.