President Trump announces via Twitter that he will nominate John Ratcliffe to replace Dan Coats as Director of National Intelligence.

Yuen Long, Hong Kong (CNN)Tens of thousands of protesters descended Saturday on the small town near Hong Kong’s border with China that was hit by some of the worst violence seen during the past eight weeks of tumultuous protests.

On July 21, after a demonstration in downtown Hong Kong against a now-shelved extradition bill was broken up by police, protesters returning to Yuen Long were attacked by a mob wielding iron bars and bamboo sticks.

Footage of the attack posted on social media showed the marauding masked gang, wearing white T-shirts, attacking crowds on the platform and inside train carriages at Yuen Long MTR station, in the far northwest of the semi-autonomous Chinese city.
About a dozen men have been arrested in connection with that violence, some of whom have links to organized crime groups, or triads. Protesters were reportedly at the mercy of the mob for almost an hour before police arrived and at least 45 people were injured, some seriously.

Russian police arrested more than 600 people, including prominent activists, around a political protest in Moscow to demand that members of the opposition be allowed to run in a local election later this year. The protest, which authorities declared illegal beforehand, did not represent a major challenge to President Vladimir Putin and his allies who have the resources to break up such demonstrations and jail people. Chants of ‘Russia without Putin’ and ‘Putin resign’ echoed through central Moscow as guardsmen clad in riot gear beat back protesters with batons and roughly detained people. Jailed opposition leader Alexei Navalny had called for the protest, near the Moscow mayor’s office, to persuade authorities to allow opposition-minded candidates to run in a Sept. 8 vote in Moscow, which they have been barred from.

House Speaker Nancy Pelosi is an experienced Democratic lawmaker but is not accustomed to stark disagreements within her caucus, according to former Arkansas Gov. Mike Huckabee.

The 17-term legislator’s caucus has many moderate and center-left Democrats, but the progressive wing has become more vocal in recent months, Huckabee said Friday on “Hannity.”

“I’ve got a lot of respect for Nancy Pelosi — may not agree with her, hope she is not the speaker next time — but she is a very capable, experienced, and very able legislator. … But this is something she’s not used to, which is mutiny within her own ranks,” he said

Source: Mike Huckabee: Pelosi a ‘capable’ leader but not used to ‘mutiny’ in her ranks | Fox News

If Area 51 is too far of a trip for you, check out Kecksburg’s UFO Festival!

Kecksburg is celebrating 54 years of alien encounters with its UFO festival this weekend, July 26 through July 28.

On Dec. 9, 1965, Kecksburg residents reported a fireball streaked through the sky and then an object showed up in nearby woods.

Was it aliens, a meteor or something else entirely? There are still conspiracy theories as to what happened that day in 1965.

This year will mark the 14th year of the UFO festival.

The family-friendly weekend will include a parade showcasing the town’s best UFO costumes and floats, a bed race and fireworks.

For more information about the UFO festival, visit

In his first speech to Parliament since becoming British Prime Minister, Boris Johnson promised that he would lead the United Kingdom out of the European Union by the October 31st deadline even if there was no Brexit deal reached.

With respect to a doomed impeachment drive, or selecting an iffy 2020 candidate, Democrats need a sober look at the consequences of risky behavior.

Republicans seem more unified in their quest. Perhaps that is why Donald Trump won the Presidency in 2016. The way things look now, he just needs to just show up for the election to get a win in 2020.

Source: Is Anything Worth Increasing the Risk of Trump’s Reelection?

The tight-knit “Squad” of freshman progressive lawmakers has started to adopt a curious new talking point — defending Israel boycotts by likening them to boycotts against Nazi Germany.

“The Justice Department upholds the rule of law — and we owe it to the victims and their families to carry forward the sentence imposed by our justice system,” Attorney General William Barr said.

Epstein, 66, was discovered at the Metropolitan Correctional Center nearly unconscious and with wounds to his neck, law enforcement sources told the New York Post.

The wealthy financier was transported to a nearby hospital.

There is a large amount of police activity in East Pittsburgh.

Investigators said they responded to a home on Franklin Street just before 9 p.m. for multiple shots fired from a car.

When officers arrived at the scene, they found the victims, ages 14 and 16, shot.  The victims were taken to the hospital.  Their injuries are non-life-threatening

Allegheny County 911 dispatchers confirm EMS units were called to the 500 block of Franklin Street around 8:45 p.m.

BREAKING: Huge police presence in East Pittsburgh on Franklin street. We just got here. A woman told me she heard about 15 gunshots. Working to get more info. 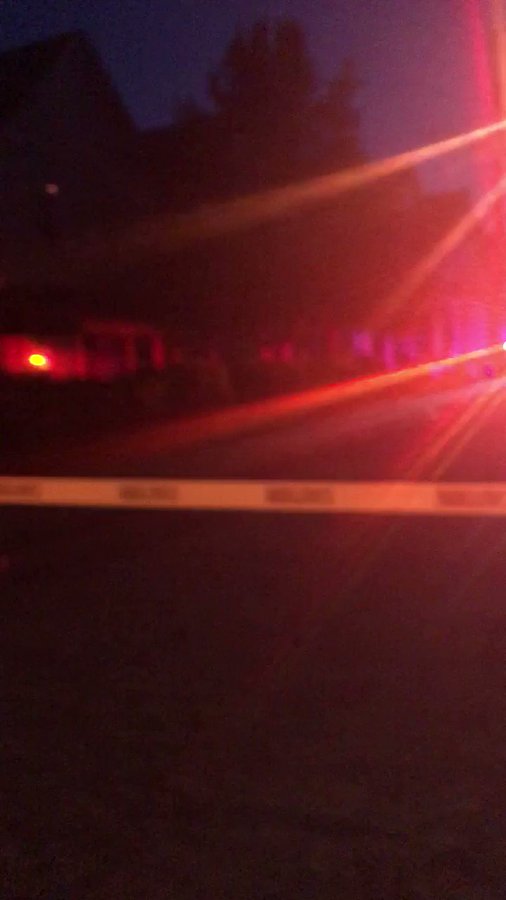 Mueller is expected to testify on Capitol Hill for hours about his investigation into Russian interference, possible coordination by members of President Donald Trump’s campaign, and possible obstruction of justice by Trump himself.

The British government is in transition on Wednesday, with Prime Minister Theresa May stepping down and Boris Johnson taking her place. Here’s how the day is unfolding:

●Johnson has formally become prime minister following an audience with the queen and has delivered his first speech at Downing Street.

●He will now begin to form his cabinet.

Puerto Rico Governor Ricardo Rosselló was expected to step down on Wednesday after almost two weeks of protests against his administration that were sparked by the publication of offensive chat messages with aides, several of whom have already quit.

Rosselló had made no announcement by early Wednesday, but major local media were reporting his resignation was imminent.

Protesters had cheered those reports late on Tuesday but warned that his departure would not end the demonstrations now entering their 12th day.

HURON, Ohio – Authorities in Ohio have shut down a Lake Erie beach after a second swimmer went missing in less than a month.

Officials in Huron say Nickel Plate Beach will be closed until further notice while the city looks at ways to improve safety at the beach, about 50 miles (80 kilometers) west of Cleveland.

Attorney General Bill Barr told Fox News on Tuesday that it was former Special Counsel Robert Mueller’s team who asked the Justice Department to send Mueller a letter telling him to keep his upcoming testimony to House lawmakers “within the boundaries” of the public version of his Russia probe report.

The Trump administration is set to propose a rule Tuesday that would cut about 3.1 million Americans from the food-stamp program in an effort to save taxpayers about $2.5 billion a year, reports said.

The U.S. has seen low levels of unemployment, which is seen as a major factor in low levels of participation in the program. President Trump tweeted earlier this month that food stamp use is at a 10-year low. Politifact verified the claim.

Reuters, citing a U.S. Department of Agriculture, reported that residents in 43 states who receive help from Temporary Assistance for Needy Families, or TANF, automatically enroll in the food-stamp program, known as the Supplemental Nutritional Assistance Program, or SNAP.

Boris Johnson has been elected new Conservative leader in a ballot of party members and will become the next UK prime minister. He beat Jeremy Hunt in a poll of Tory members, winning 92,153 votes to Mr Hunt’s 46,656. The former London Mayor takes over from Theresa May on Wednesday.

During his first television interview since the scandal broke out over leaked private chats that have resulted in near-unanimous calls for his resignation, Puerto Rico Gov. Ricardo Rosselló struggled to come up with a single name when Fox News anchor Shepard Smith pressed him to offer up anyone who currently supports him.

With hundreds of thousands of Puerto Ricans taking to the streets of San Juan on Monday to demand Rosselló’s resignation after the governor said he wouldn’t step down on Sunday, Smith pointed out that “corruption is rampant” on the island before highlighting why the profanity-laced leaked chats have caused such backlash.