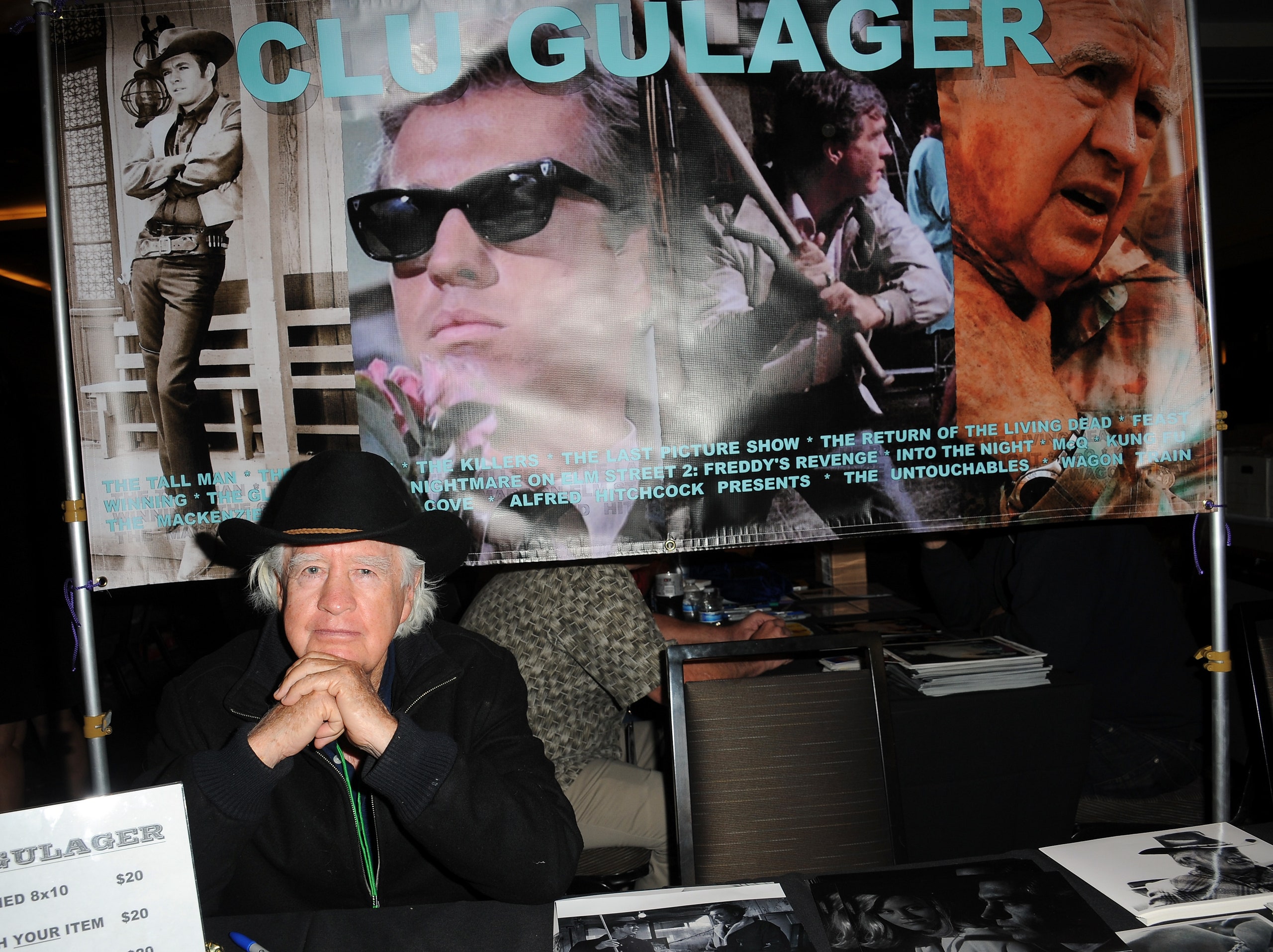 The Oklahoma-born actor got his start in television, starring as Billy the Kid on NBC’s The Tall Man in 1960 after appearances on Have Gun—Will Travel, Wagon Train, and other classics of the era. In the mid-1980s he appeared in The Return of the Living Dead and A Nightmare on Elm Street 2: Freddy’s Revenge. His most recent acting role was in Quentin Tarantino’s Once Upon a Time … in Hollywood. He was 93 years old.

Gulagar, whose 165 credits on the IMDb made him ubiquitous enough to warrant his own alert on Mystery Science Theater 3000, was an enrolled member of the Cherokee Nation of Oklahoma, and a cousin (once removed) of vaudevillian-humorist Will Rogers. Born William Martin Gulager, the nickname Clu, which he shared with an uncle, was in reference to the Cherokee word for the type of birds that nested near his home.

His early days in television included appearances on Playhouse 90, The Untouchables, Alfred Hitchcock Presents, and a Gene Roddenberry-penned episode of Have Gun—Will Travel. This led to his first starring role, as Billy the Kid on NBC’s The Tall Man, for 75 episodes. He starred opposite Barry Sullivan, playing Sheriff Pat Garrett.