While much of the nation has experienced a dramatic increase in murders and other violent crimes, Pittsburgh has seen a 46% rise in shootings that left people injured and a similar percentage jump in homicides over the same time last year.

Perhaps the most alarming statistic to neighborhood activists is the number of young people dying from bullets: nearly one-third of the city’s 41 homicide victims were teens. 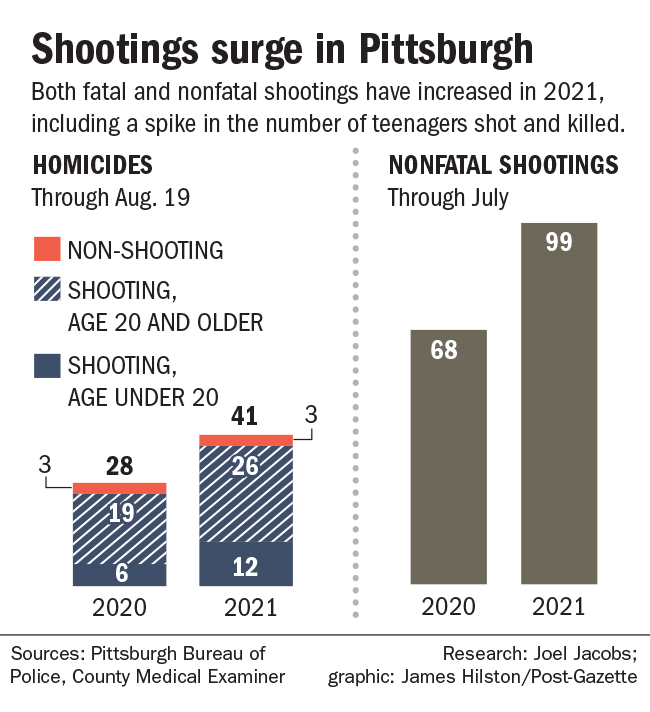 One 15-year-old boy was fatally shot on Brookline’s Creedmoor Avenue after several individuals chased him down, witnesses told reporters. Weeks earlier, a 17-year-old boy was followed from an Allentown convenience store and shot five times.

In April, a teenager was shot and killed in a Hill District apartment stairwell where a group of teens were “play fighting” with a gun, court records state. A 15-year-old was taken into custody in the shooting.

“We’re losing our future, the gifts and talents that could’ve been major contributions to society.”