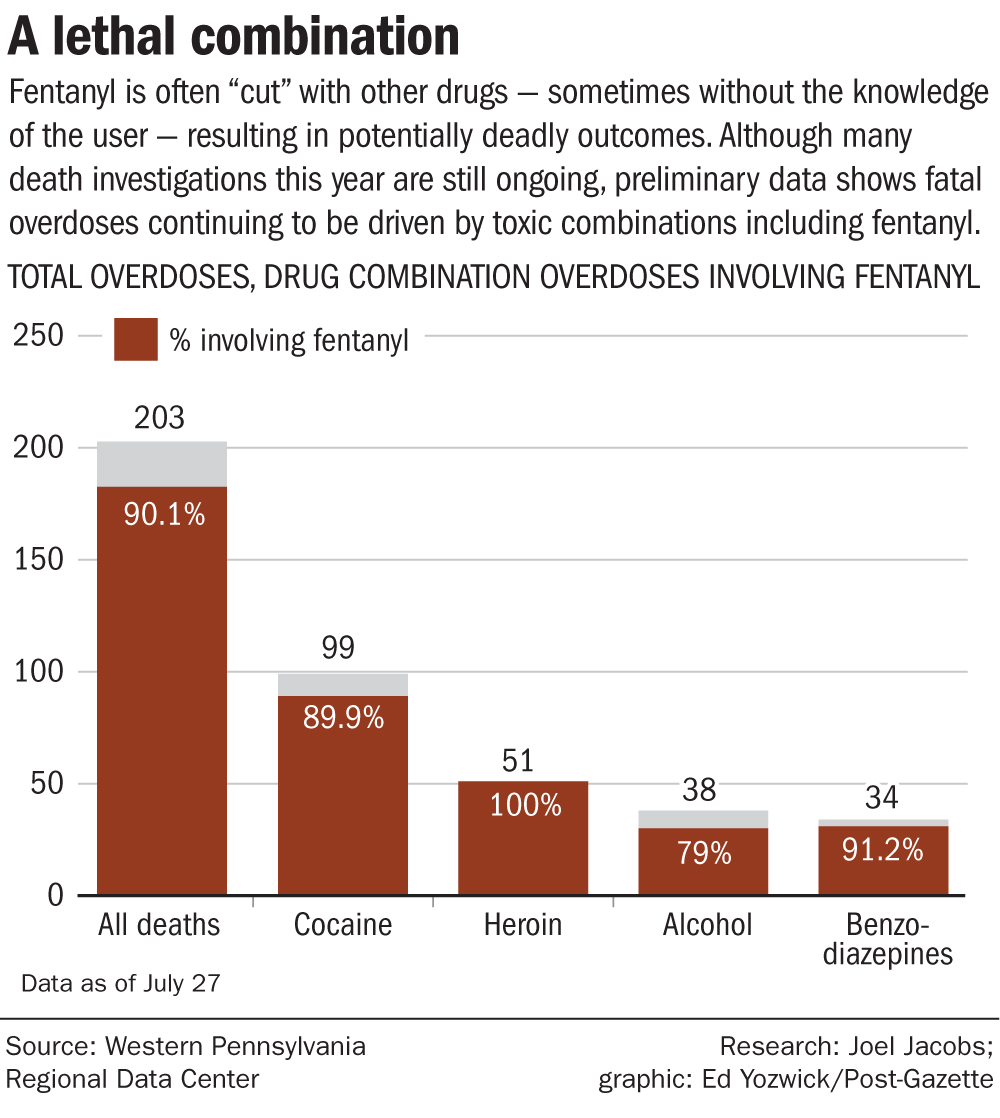 At least a dozen times this year, medical rescue workers in the county responded to four or more deadly overdoses in a single day, the vast majority involving fentanyl. 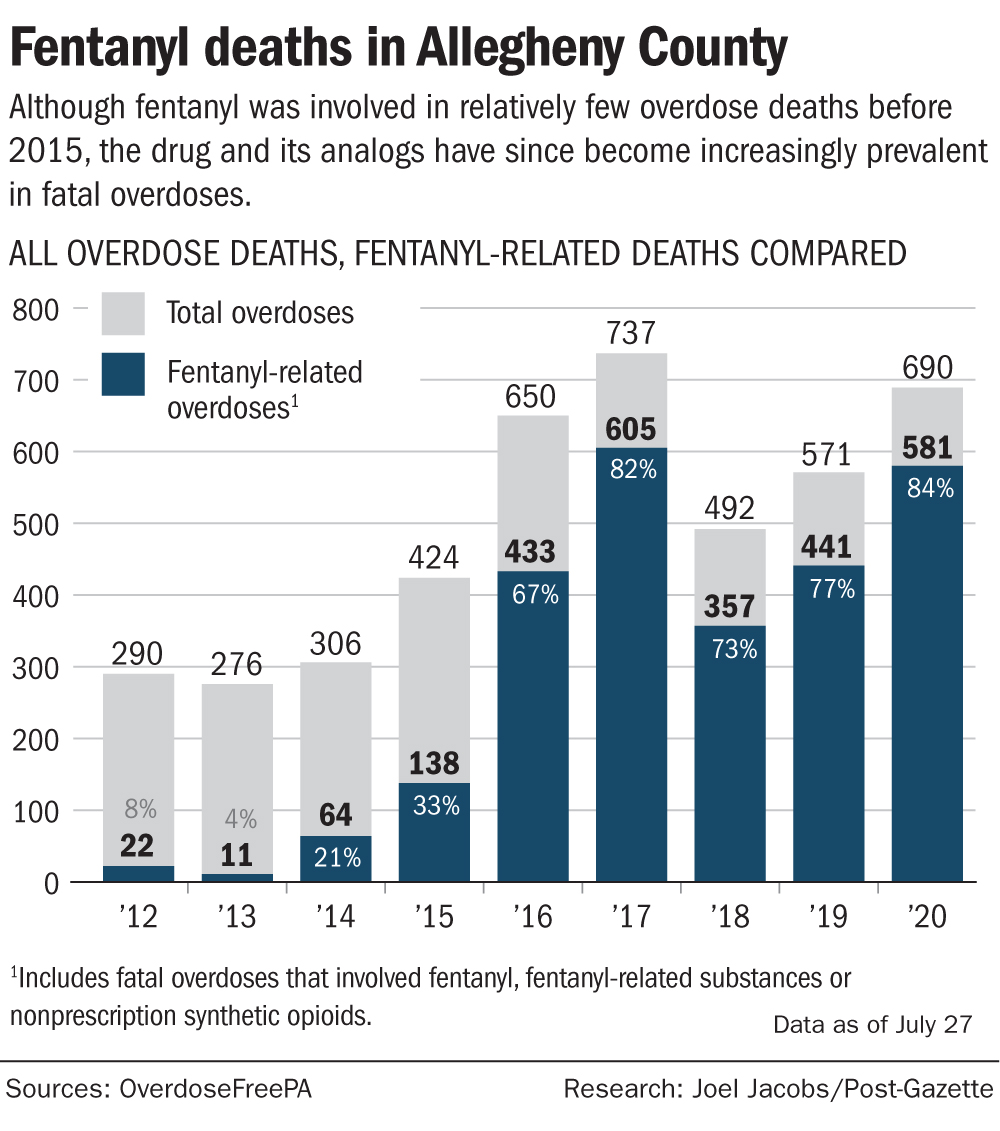 In the small working-class city of Clairton, at least six people have died this year in overdoses involving the drug — two on the same street, records show.

The rise in deaths has prompted public officials to call for efforts from law enforcement and other government agencies to battle the crisis, including the legalization in Pennsylvania of the distribution of fentanyl strips — a tool that can alert people to the presence of the drug.