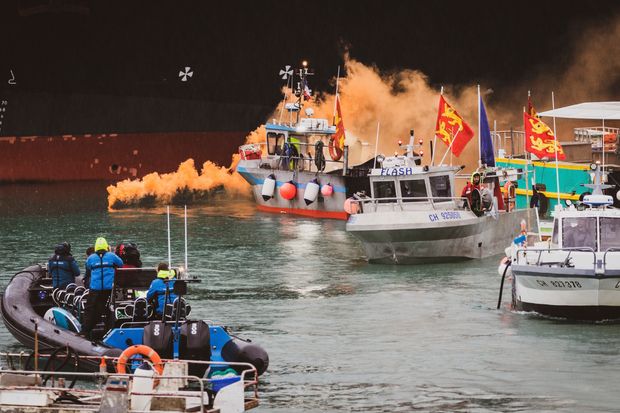 LONDON—The U.K. sent two Royal Navy vessels to patrol water around the island of Jersey after French trawlers gathered there to protest restrictions on their fishing rights, a new sign of the tensions created by Britain’s split with the European Union.

A flotilla of around 60 French fishing boats waited outside the entrance to the port of St. Helier, 14 miles off the coast of France, on Thursday morning. They fired flares and unfurled banners before later sailing off. The Royal Navy ships also subsequently departed, the British government said.

The spat centers on French fishermen’s rights to access waters around the island.

After Brexit, new terms were imposed by the government of Jersey—a self-governing British crown territory that relies on the U.K. for defense and international affairs—requiring fishermen to prove they had previously fished in island waters to get a permit to continue doing so.