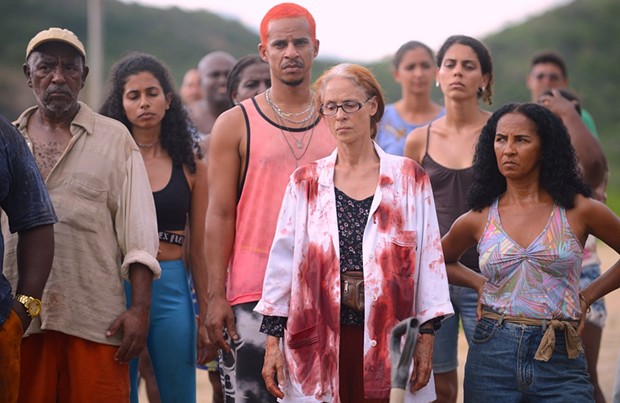 As businesses shut down in response to the COVID-19 outbreak, people have still found ways to support their favorite restaurants and shops, even if they can’t patronize them in person. But what about movie theaters, particularly ones operating outside the multiplex system?

In Pittsburgh, independent theaters are offering their own versions of streaming platforms to make sure scheduled films reach isolated audiences. On March 21, Row House Cinema launched its online portal with the local premieres of two new independent films, the Academy Award-nominated Corpus Christi and Chinese crime thriller The Wild Goose Lake (both will continue streaming through Thu., March 26). Other online events include an exclusive showing of the documentary Fantastic Fungi and a screening run for the Brazilian film Bacurau (available Fri., March 27-Thu., April 2).

A press release promises that each Friday, two new films will be released on the website and will either be a Pittsburgh Premiere film, or a classic in “true Row House form.” Ticket prices will range from $8-12 with half of the proceeds going to help Row House through its temporary closure.