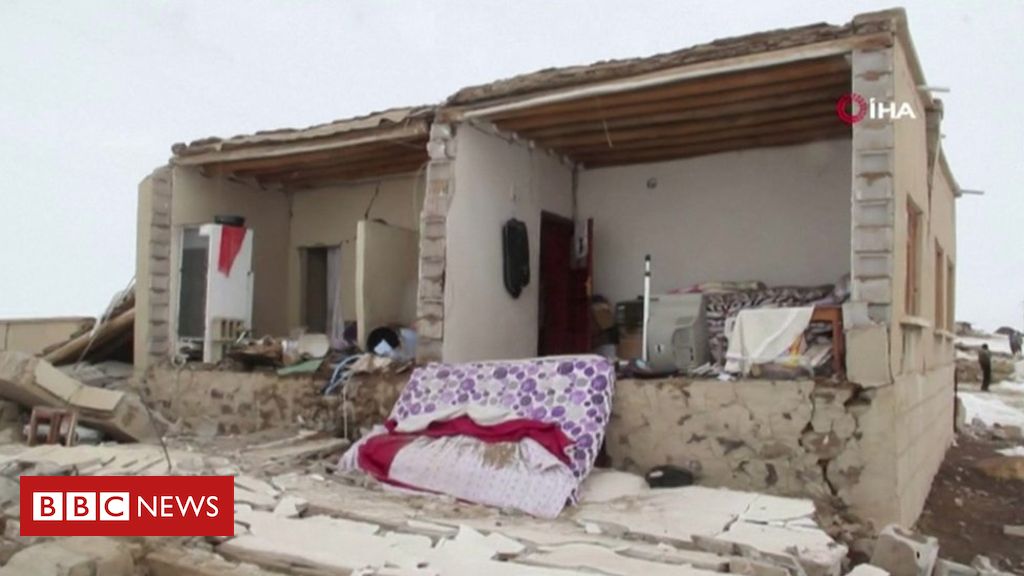 The quake kills at least nine in eastern Turkey, with injuries and collapsed buildings in Iran.

At least nine people including three children are dead in eastern Turkey after an earthquake with its epicentre in neighbouring Iran.

The magnitude-5.7 quake centred on the Iranian border village of Habash-e Olya.

At least 75 were injured and houses damaged in 43 villages in Iran’s West Azerbaijan province.

Source: Earthquake kills at least 9 in Turkey, injures many in Iran – BBC News