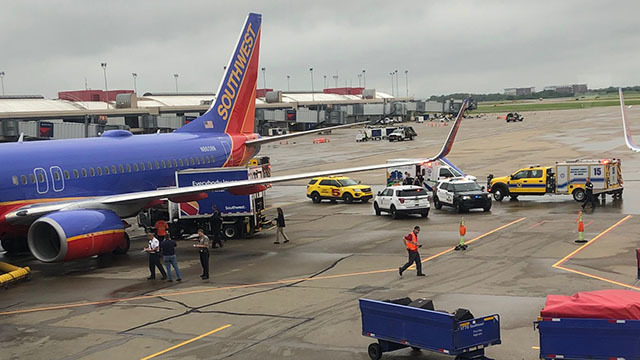 Shortly before 10:30 a.m. airport fire rescue responded to Gate A1 to a report of an airline vehicle making contact with a parked @SouthwestAir plane. The driver of the vehicle was transported to a local hospital. No other injuries reported. Airport operations are unaffected.

The Southwest Airlines provisioning truck hit the Boeing 737-800 at gate A1 shortly before 10:30 a.m., a Southwest Airlines spokesperson said. The plane was scheduled to operate Flight #157 to Denver with 174 customers onboard and a crew of six.

The driver of the truck was taken to a hospital, the airport tweeted.