An initial autopsy on Bobbi Kristina Brown on Monday found no significant injuries and no obvious underlying cause of death for the daughter of the late singer Whitney Houston, who died on Sunday after sustaining irreversible brain damage in January.

The Fulton County Medical Examiner’s office in Georgia said Brown, 22, had no previously unknown medical conditions that would have contributed to her death.

It also said it has issued subpoenas to help gather documentary information on her death, and would conduct additional tests that are expected to take several weeks.

Brown, the only child of Houston and R&B singer Bobby Brown, died at an Atlanta-area hospice where her family had placed her a month ago after giving up hope she would recover. She died six months after an unexplained incident that left her unresponsive in a bathtub in her suburban Atlanta home.

“Krissy was and is an angel. I am completely numb at this time,” Bobby Brown, in his first comments on his daughter’s death, said in a statement issued by his lawyer.

“My family must find a way to live with her in spirit and honor her memory. Our loss is unimaginable. We thank everyone for the prayers for Krissy and our family as we mourn my baby girl,” he added.

The Medical Examiner’s office had said earlier that efforts to determine what happened to Brown in January would be “challenging” given the time gap between the bathtub incident and her death. She was found face down in the bathtub by her boyfriend, Nick Gordon, and a friend on Jan. 31.

A $10 million civil lawsuit filed last month by the court-appointed conservator for Brown accused Gordon of causing her “life-threatening injuries” and of stealing from her bank account while she was in a coma.

No one has been criminally charged in the case, which has been referred to the Fulton County District Attorney’s Office for further review.

Brown’s death came three years after her Grammy-winning mother, who had battled substance abuse, drowned in a bathtub in a Beverly Hills hotel at age 48.

Entertainment news website Entertainment Tonight, citing an unnamed family source, reported on Monday that a funeral for Brown was expected in Atlanta this week. It said her body would then be taken to New Jersey to be buried alongside her mother in Westfield. Representatives of the family have released no details on funeral arrangements.

(The story has been refiled to fix spelling in headline, Bobbi instead of Bobby and add statement from father Bobby Brown in paragraphs five and six) 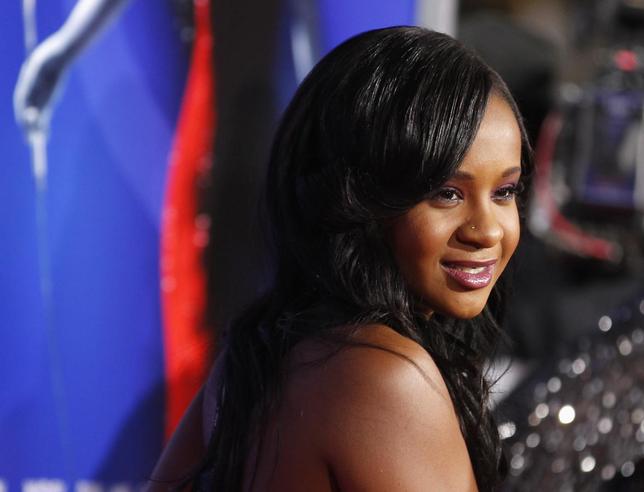 An initial autopsy on Bobbi Kristina Brown on Monday found no significant injuries and no obvious underlying cause of death for the daughter of the late singer Whitney Houston, who died on Sunday